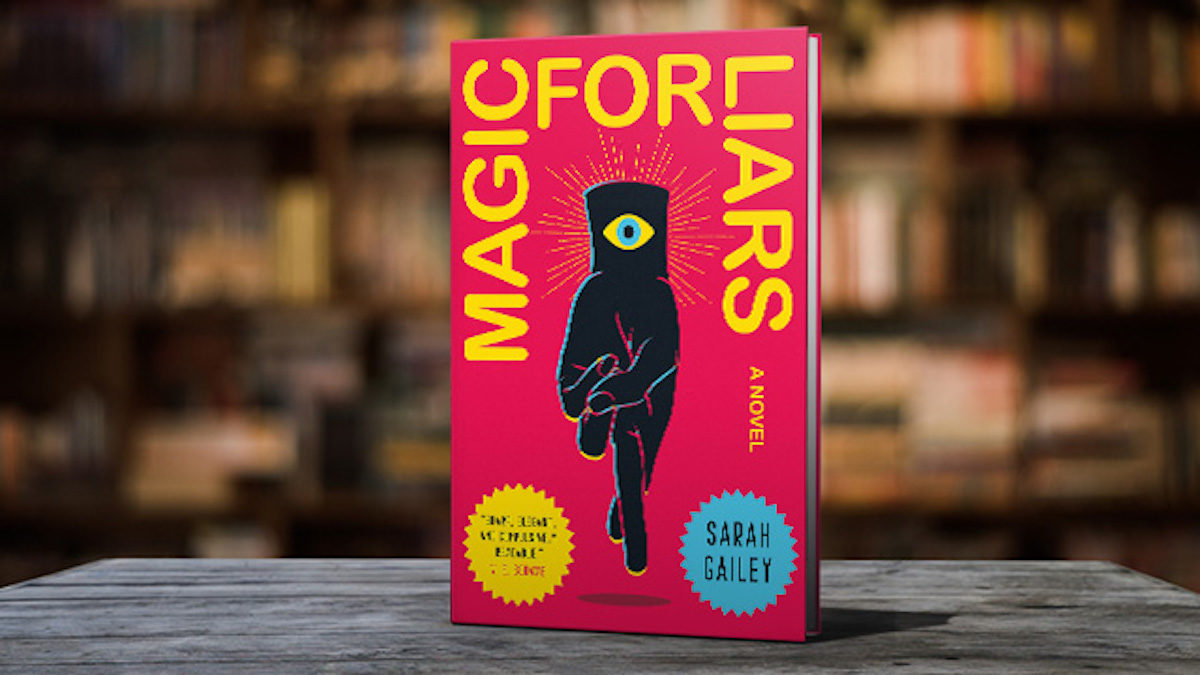 Wait, fantastical magic and a murder investigation in the same book? What sorcery is this? Turns out we can have it all in Sarah Gailey’s Magic For Liars, which hits bookshelves today.

Arriving June 4th, 2019, Magic For Liars is the fantasy debut from Sarah Gailey, already a Hugo winner and a Campbell/Nebula award finalist for their short stories and novellas. Many of us follow Sarah’s funny and topical commentary on Twitter, which has upped our anticipation for their fantasy debut from Tor Books. Now Magic For Liars is upon us, and friends, this looks fantastic:

Detective Ivy Gamble is pulled into a world of untold power and dangerous secrets when a gruesome murder is discovered at The Osthorne Academy of Young Mages, where her estranged twin sister teaches Theoretical Magic. Ivy will have to find a murderer and reclaim her sister―without losing herself.

This darkly enchanting debut novel is perfect for fans of Charlie Jane Anders and Megan Abbott, following the harrowing search for a killer at a private academy for mages hidden in modern-day Northern California.

Take a closer look at Magic For Liars, and promise you won’t spoil us if you get to start reading first.