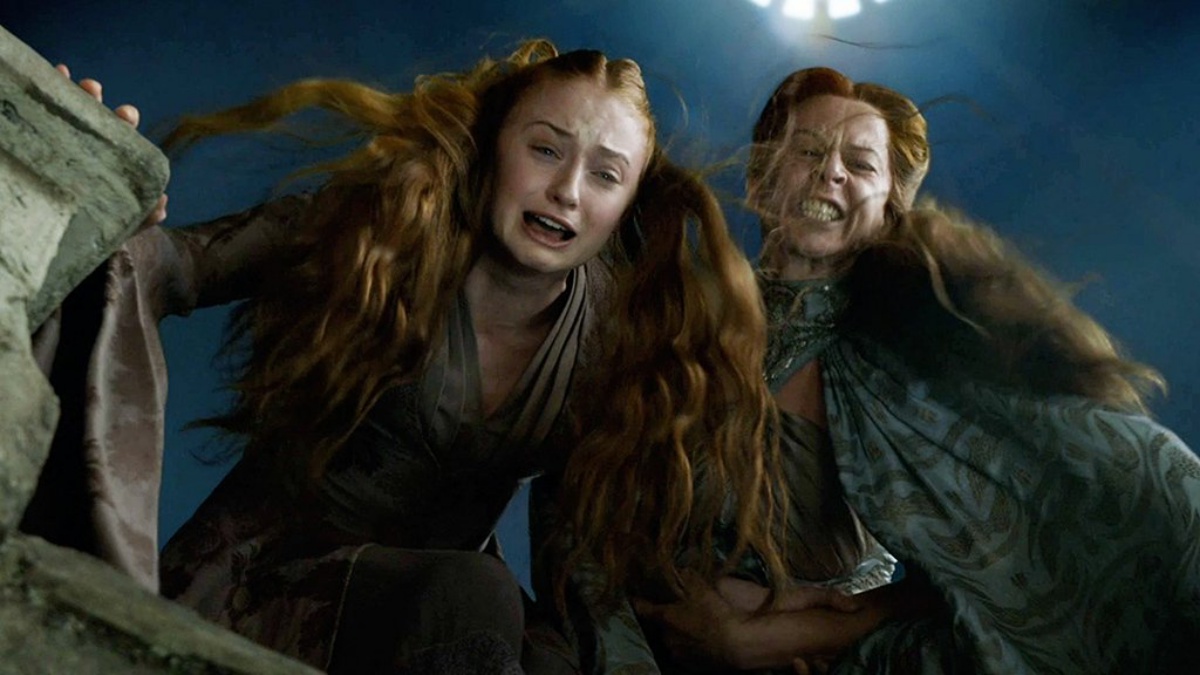 If you’ve read my previous A Song of Ice and Fire/Game of Thrones posts, there are three things you’ve picked up about me: I misspell Jaime Lannister a lot, I have overthought the books a lot, and I love Sansa Stark.

Of the last few years of my life, there is no character that has been such a huge part of my emotional and feminine development as the eldest Stark daughter. I’ve loved her from back when she was just an innocent girl who hadn’t been prepared to play the game (thanks Ned) to the more mature, but still compassionate young woman she is the books.

While the show has accelerated her badassery in ways I’m not always comfortable with, Sansa has been through a lot in either incarnation and has also dealt with a lot of fan hate, so I’m very protective of her. That’s why my eyebrows left my face when I read this tweet about an alt-right pizzagater who writes Sansa Stark/Donald Trump fanfiction.

Where is that Winnie-the-Pooh soul leaving his body gif when you need it?

The fanfiction in question is called “The Lady and the Trump,” because the night is dark and filled to the absolute brim with terrors. In the first paragraph, these are the opening sentences:

The first time Donald Trump locked eyes with her, he built a tower straight to Sansa’s heart. Sansa knew he had won her faster than he had won the support of the Night’s Watch due to their similar views on immigration.

Now, I’d love to think that this is satire because … my goddess, but seeing as though the author is an alt-right pizzagater (who now insists that he was actually trying to debunk pizzagate, even though that’s bullshit), I find myself disgusted on multiple fronts. Plus, this isn’t the first time that Game of Thrones and Donald Trump have been linked in ways that have not been received enthusiastically by the creators of the show and many of the actors. (Gee, I wonder why.)

In fact, let us check the record about Sophie Turner’s thoughts on Trump.

What’s even ghastlier about this fanfiction relationship is that Trump is 72 years old, and Sansa is thirteen as of A Dance with Dragons, and if we are going for the show, then she’s at most nineteen years old. So at best, it’s an age difference of fifty-three years and, at worst, fifty-nine years.

Beyond the huge age difference, the idea that Sansa Stark would fall in love with Donald J. Trump, an abusive, hateful man, at first sight, and that it is Sansa who for falls for him instantly? I … just, wow, I know we at The Mary Sue try not to ship shame, but you know what? I’m going to shame it, because it’s a very bad, no-good ship, and my sweet girl did not survive all her emotional trauma to fall in love with a man-child that makes book-Cersei look like a chess master.