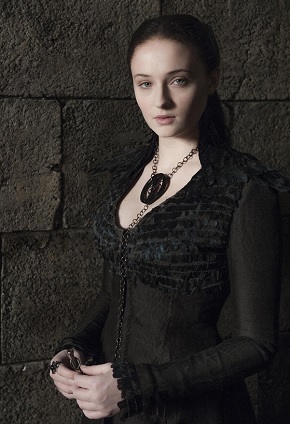 Several commenters in our post on the best moments in “The Mountain and the Viper” pointed out that Sansa’s new duds are reminiscent of those worn by Dark Lily—Mia Sara once she goes eeeevil—in Legend. It’s a fair comparison, if Sansa’s version has substantially less boobage than Lily’s (thank you). Others have posited Petyr and Sansa as a Sith master and apprentice. Photoshop all the lightsabers! Regardless of the cultural reference, I want this dress. If the quick glimpse we got in the episode wasn’t enough for you, we have several other pics behind the cut, courtesy of WinterIsComing.net on Tumblr. 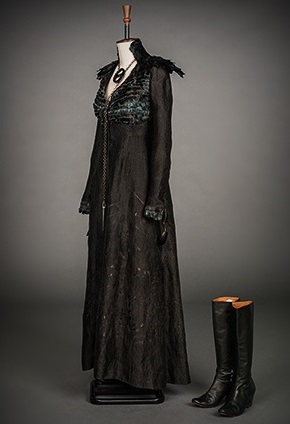 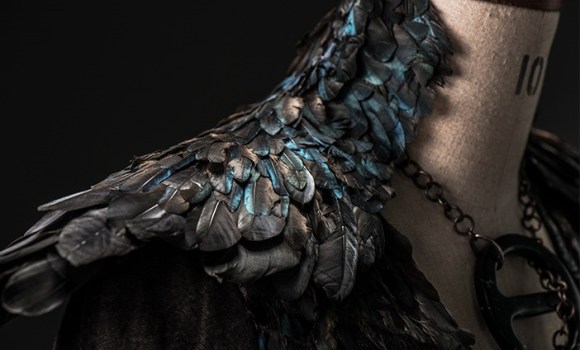 Still not loving the necklace, but those feathers are amazing.