James Bond who?? Jason Bourne who??? 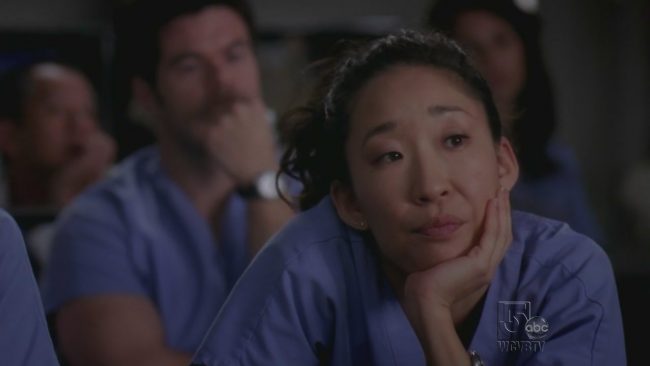 Sandra Oh, in her first series-regular role since Cristina Yang in Grey’s Anatomy, will star in the BBC America spy thriller Killing Eve which is infinitely more exciting to me than any white male James Bond casting news will ever be.

Based on Luke Jennings’ Villanelle novella series, Oh will play the titled character, “a bored, whip-smart, pay-grade security services operative whose desk-bound job doesn’t fulfill her fantasies of being a spy.” At the same time, “Eve is pursued by Villanelle (uncast), an elegant, talented killer who clings to the luxuries her violent job affords her.”

Sarah Barnett, president of BBC America, calls the upcoming show “a brilliantly fresh take on the cat and mouse thriller … Underneath the deceptively simple and entertaining surface is a subversive, funny, obsessive relationship between two women, that plays out across some of the most and least glamorous locations imaginable.”

The show is also is great hands, with Fleabag creator Phoebe Waller-Bridge as executive producer and showrunner along with Sally Woodward Gentle and Lee Morris. On the casting, Waller-Bridge said, “I am quivering with excitement about working with Sandra! I have been a huge fan of hers forever and am pinching myself that she is playing our Eve. She is going to be so badass in this role.” Barnett also praises the actress, saying, “Sandra Oh has the ability to go from wrenching to funny to total mess with a genius lightness of touch. Phoebe’s vision is absolutely original, and Sandra is utterly perfect casting we think for this key role.”

The eight episode drama will debut in 2018. Are you looking forward to a seeing Sandra Oh in a funny assassin drama? (That’s a rhetorical question, of course you are.) Who do you want to see as elegant killer Villanelle?