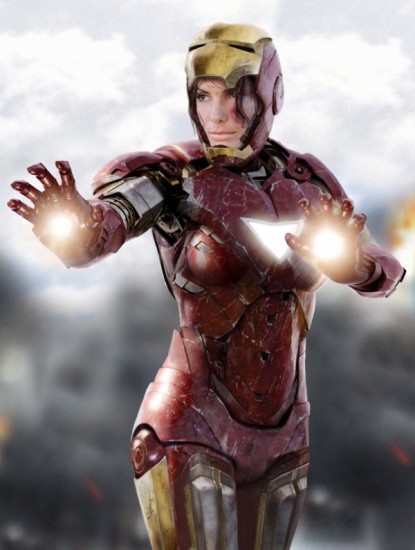 When last we saw a Hollywood actress photoshopped as an Avenger it was Community’s Alison Brie as Captain America. Josh from Fan Art Exhibit decided Sandra Bullock was the closest he could find (in age and personality) to complement Robert Downey Jr.’s Iron Man. For some reason, I’m picturing Alan Tudyk as Pepper now.