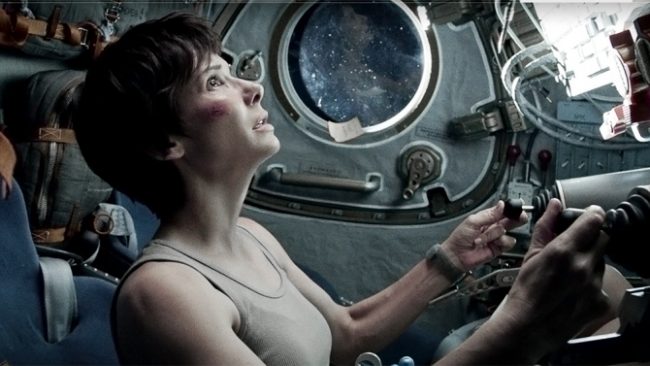 If you thought Gravity was an intense and stressful film about human survival, wait until you see Sandra Bullock’s new upcoming project. Danish director Susanne Bier’s (The Night Manager) next project is Bird Box, a post-apocalyptic thriller for Netflix written by Eric Heisserer of last year’s amazing sci-fi film Arrival.

The story takes place in a future where survivors have to live indoors because outside, one glimpse at a terrifying evil (“Is it man, animal, or monster?”) will drive a person to deadly violence and suicide. Here’s the synopsis:

“Based on a 2014 novel by Josh Malerman, the story is set in the near future, where a mother (Bullock) and her two young children are among a small group of survivors after a mysterious alien force has driven the world’s population to deadly violence. The three must make their way on a terrifying journey — 20 miles in a rowboat — while blindfolded, with nothing to rely on but the mother’s wits and the children’s trained ears.”

Just read through some of the reviews of Malerman’s book to get a glimpse at the kind of terrifying dread and horror we can look forward to in the adaptation of Bird Box. The story is sure to be one full of cosmic horror, psychological terror, and nightmare fuel. Much of the fear in the book, I imagine, is the blindness of the characters as they rely mainly on their hearing, so I’m curious to see how that will translate on film. Of course, with Heisserer and Bier, Bird Box is in good hands, and Bullock has shown she knows how to play a mother desperate for survival in an extreme situation.

Production is aiming to start in August. What do you think about the Bird Box team so far?