Charting the Politics of San Diego Comic-Con | The Mary Sue 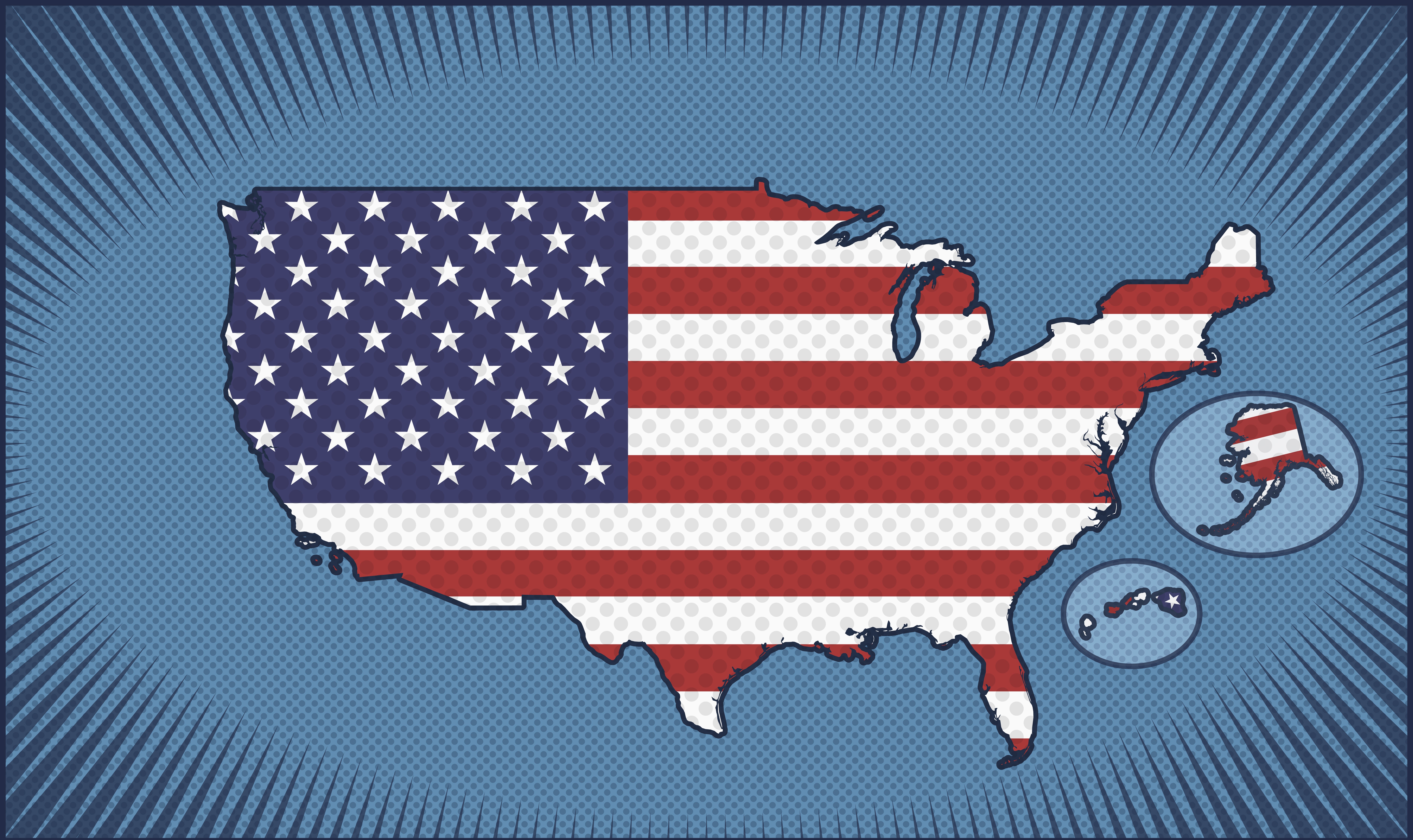 In these waning weeks of July, devoted supplicants donned colorful regalia, braved massive crowds and endured media scrutiny to pay tribute to gods, monsters, heroes and villains, including a legendary warrior woman with a storied past and a billionaire some fear may bring the end of the world. I’m talking, of course, about the Democratic and Republican National Conventions. The rest of us went to Comic-Con.

Though the teeming crowds in San Diego came to get a look at the first footage from new movies, snag limited edition toys, or meet their fave comic writers, the shadow of the election, like Batman, was hard to escape. Donald Trump was mentioned on panels–I even got to hear Benedict Cumberbatch do his Trump impression–and creators and celebrities alike touched on the subject. But what were the regular nerds in the trenches feeling about the election? I talked to nearly fifty fans over the con’s four days to find out.

The primary thing I learned is that, no matter where people fell on their political opinions, when I brought up the election their reaction was almost uniformly a long groan of exhaustion and disgust. Everyone is fed up and appalled with the political tone in America, and in general pretty depressed by the state of the world. The other sentiment that came up again and again? Fear. Most of the nerds, geeks, fans and pros I spoke to were genuinely worried about what will happen if Trump is elected President. Some of them were concerned about practical issues like social security or his foreign policy, and others are simply frightened by such a man having his hand on the button. Though many were hopeful that the polls would be correct and Trump would lose, some feared what one con-goer called “the troll vote” would prevail and lead to disaster. A pair of women in a glorious Mad Max: Frozen Road cosplay (complete with War Boy Olaf) worried that the wasteland of Mad Max would become all too real if Trump were to win.

As you can perhaps guess, the SDCC crowd overwhelmingly fell into the Clinton camp, with 31 out of 40 American voters I spoke to saying they were casting their ballots in that direction. However, most of those voters were not so much with Hillary as against Trump. I only met one fan–a lovely teacher in a Lady Captain America cosplay–who was excited about voting Hillary and had supported her in 2008. Most others were just resigned to voting against Trump even if they weren’t Hillary fans. This went the other way as well; the single Trump supporter I managed to locate was willing to give The Donald chance simply because he reviled Hillary. Another fan I spoke to who was planning on voting for a third party described Hillary’s insidious villainy in terms I’d usually only heard in relation to Cthulhu. (Perhaps she’ll win the Eldritch vote.) There were at least 8 out of the 40 voters I spoke to who were planning to vote either for a third party candidate, write in Bernie’s name or had not decided yet. This overall negative feeling isn’t surprising given that Hillary has the highest “strongly unfavorable” poll numbers of any candidate in history…except for Donald Trump.

Overall, SDCC attendees were very aware of the election and everyone I spoke to who could vote was planning on doing so. Even those not from America were interested, though more in the sense that passersby react in horror and sympathy to a flaming car wreck. A pair of Canadians in Captain America and Winter Soldier cosplays lamented the brokenness of America’s two-party system, and a couple from England in the Hall H line just shook their heads in dismay. The general sense of fear crossed borders as well: I spoke to four GISHWHES participants from Mexico who spoke earnestly about how hurtful and frightening Trump’s anti-immigrant rhetoric was for them.

It was not surprising to me, and I doubt that it’s surprising to other nerds, that the politics of Comic Con skewed liberal. When I asked if their participation in fandom influenced their politics or vice versa, the most popular answer I received was yes–in the sense that the word of nerds is often the realm of the oppressed or marginalized in many ways, and those are the people that liberals generally speak for, rather than conservatives. However, many fans also noted that being a nerd meant that they were exposed to many and varied ideas, just because geeking inherently means having a curious mind and exposes you to different people and ways of thinking. It’s not necessarily that the media we enjoy tends to extol more liberal or conservative ideals or even that it is progressive at all, but that the very act of participation and pursuit of our passion leads us towards greater learning across the board, which in turn tends to lead to more liberal thought. I spoke to fans who hadn’t been aware of Bernie Sanders or general social issues until they discovered these things through social media that they had only become a part of because of fandom.

Even in this climate of fear and general “UGH” feeling, though, there was some hope. One of the best things I heard was the idea that if America at large was able to get along as well as the people of SDCC, we wouldn’t been in this mess. It is amazing how nice everyone at Comic-Con is; even though we were all hot, tired, hungry and had been waiting in line for what felt like most of our adult lives, every single person I spoke to was kind and everyone treated each other with respect. I think it’s because we nerds understand that we may not all like the exact same things, or have the same personal stories, but we all come together at an event like SDCC because of the same love and passion. That sentiment–that at the core of fandom is love–is important in such a divided, frightening time.

I left the convention feeling inspired by the fans I got to know. Though we worry that Mad Max might be our real future, these was also hope that we could still reach Star Trek’s more optimistic world. Bryan Fuller closed out the panel celebrating the 50th anniversary of Trek with great words that applied to the election, but also the world: “As we chart a path to the 23rd century, let’s make a promise to everybody in this room. Look at each other and make a promise to leave this room with love. Leave this room with hope.” Let’s cross our fingers everyone registered to vote as well.