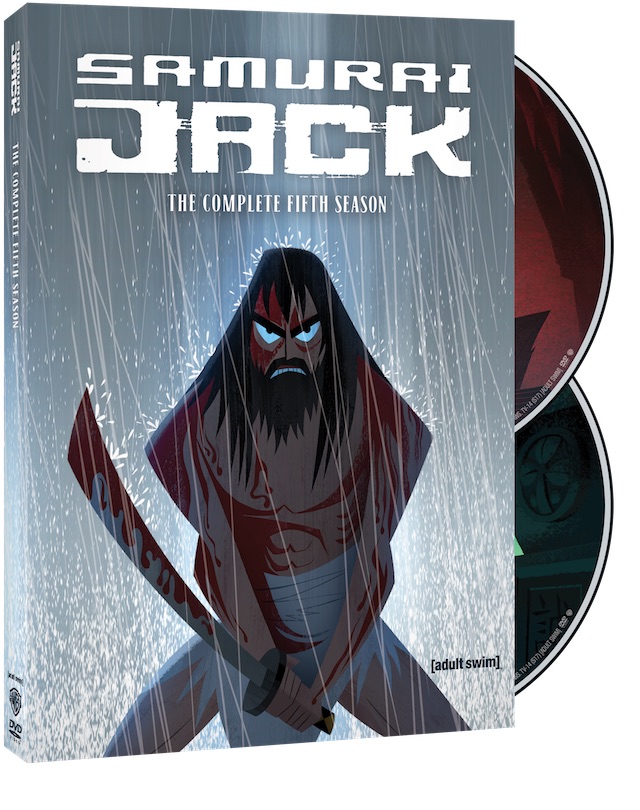 Animation fans, we’ve got a blast from the past for you. Samurai Jack recently returned from the distant time of 2004 to wrap up the series with one last season, and now the show is back for another round on home video. The fifth season has arrived on Blu-ray and DVD today, and we’ve got a few copies for you to win!

“Created by celebrated animation director Genndy Tartakovsky, Samurai Jack follows a young Samurai after he is sent to the future by the evil wizard, Aku. With the determination to defeat the wizard and undo his destruction, Jack sets off on a daring journey to return to the past and defeat Aku once and for all. Gathering allies and combatting other villains along the way, Jack battles to accomplish his mission and restore the peace of the past. The intense fifth season concludes the journey of its time displaced iconic star, as he finally completes his mission 50 years after the events of the original series.”

You can enter to win the award-winning fifth season on Blu-ray by following these simple rules for your social media platform of choice (available in the US only, one entry per person):

Samurai Jack is back from the past for @themarysue Samurai Jack Season 5 Blu-ray giveaway! https://www.themarysue.com/samurai-jack-giveaway/

We’ll select five winners from all the entrants at random! Good luck!