Falcon Watch: The Falcon and the Winter Soldier Finale Reminds Us Why Steve Gave Sam the Shield

It's not about just being a soldier. 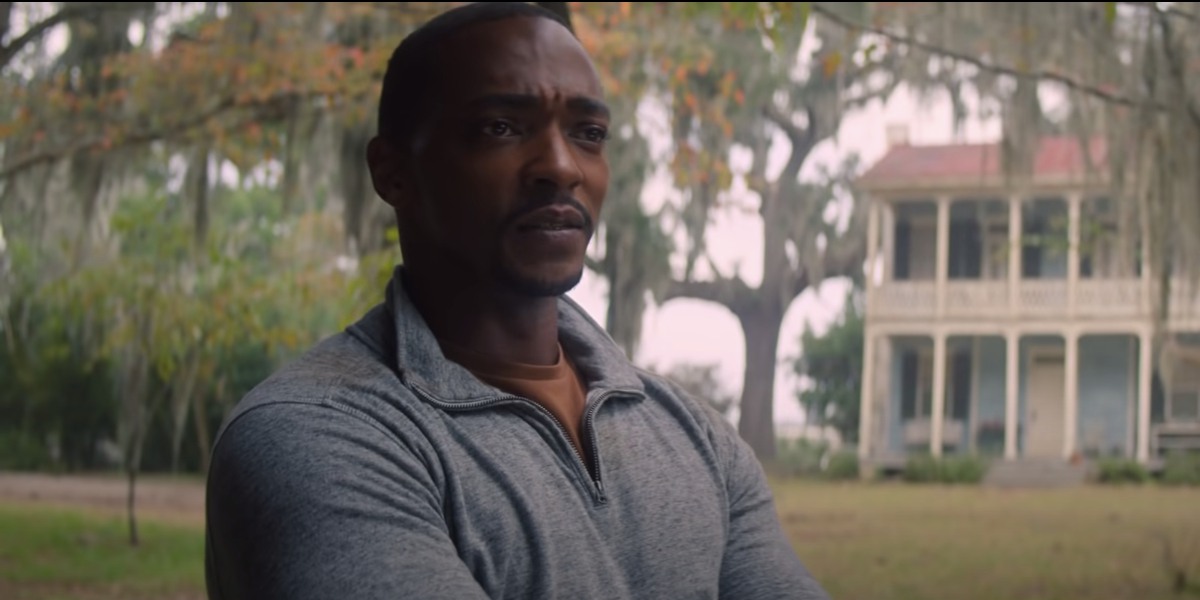 The time has come, and Marvel’s The Falcon and the Winter Soldier has come to an end. So, let’s talk about Sam’s journey throughout the show and how he always remained a good man.

**Spoilers for the entire season of  The Falcon and the Winter Soldier lie within.**

Dr. Erskine said it best when he was talking to Steve Rogers. “Whatever happens tomorrow, you must promise me one thing. That you will stay who you are. Not a perfect soldier, but a good man,” he says before Steve gets the super soldier serum, and throughout the entire run of The Falcon and the Winter Soldier, we can see that that sentiment also clearly applies to Sam Wilson.

From the start of the season, Sam battled with the shield. He went back and forth on what it meant and whether or not that was his for the taking. After John Walker clearly misrepresented what the shield meant to him and so many others, Sam took it back and took on the title of Captain America despite knowing how hard it was going to be.

In “One World, One People,” Sam has his first real outing as Cap. He goes to stop Karli from taking over the GRC vote and tries to get her to stop attempting to kill those voting to reinstate the borders. While the entire episode focuses on Sam trying to appeal to Karli, John Walker finally dropping the shield, and Sharon Carter’s “reveal” as the Power Broker, the important part of the episode came from Sam Wilson appealing to those in charge to listen to what Karli was trying to say.

“You have to stop calling them terrorists,” he says when the GRC continues to condemn the Flag-Smashers. “Your peacekeeping troops carrying weapons are forcing millions of people into settlements around the world, right? What do you think those people are going to call you? These labels, ‘terrorists,’ ‘refugees,’ ‘thugs,’ they’re often used to get around the question, why?”

The officials go on to question Sam on what they should do, and by “question,” I mean that they basically try to make excuses, but Sam won’t let them get away with it. He uses the shield and his status as Captain America to say what he needs to. When the senator tells him that he has no idea how complicated the situation is, Sam agrees.

“You know what? You’re right. And that’s a good thing. We finally have a common struggle now. Think about that. For once, all the people who’ve been begging, and I mean literally begging, for you to feel how hard any given day is … Now you know. How did it feel to be helpless? Now, if you could remember what it was like to be helpless and face a force so powerful it could erase half the planet, you would know that you’re about to have the exact same impact. This isn’t about easy decisions, Senator.”

In a truly political move, the senator responds by saying that Sam doesn’t understand, to which he responds,

I’m a Black man carrying the stars and stripes. What don’t I understand? Every time I pick this thing up, I know there are millions of people out there who are going to hate me for it. Even now, here … I feel it. The stares, the judgment. And there’s nothin’ I can do to change it. Yet I’m still here. No super serum, no blond hair, or blue eyes. The only power that I have is that I believe we can do better. We can’t demand that people step up if we don’t meet them halfway. Look, you control the banks! Shit, you can move borders! You can knock down a forest with an email, you can feed a million people with a phone call. But the question is…who’s in the room with you when you’re making those decisions? Hmmm? Is it the people you’re going to impact? Or is it just more people like you? I mean, this girl died trying to stop you and no one has stopped for one second to ask why. You’ve got to do better, Senator. You’ve gotta step up. Because if you don’t, the next Karli will. And you don’t want to see 2.0. People believed in her cause so much that they helped her defy the strongest governments in the world. Why do you think that is? Look, you people have just as much power as an insane god or a misguided teenager. The question you have to ask yourself is, “How are you going to use it?”

Sam Wilson is trained in dealing with trauma. He knows how to talk through a situation, to get someone to put down their weapons and to talk and hash things out instead of fighting. We’ve witnessed it in this show multiple times, and twice in “One World, One People,” Sam used his voice to break through to someone. And that’s the kind of Captain America he’s going to be.

One of my favorite moments in this episode comes when a man watching Sam fighting says, “That’s the Black Falcon!” and the man filming beside him smiles and responds with a simple “Nah, that’s Captain America.”

I found myself yelling “YEAH IT IS,” because Sam Wilson is our Captain America. He’s been our Cap since Steve gave him the shield. He just needed to come to terms with it in his own time and realize that he can be a symbol and a voice the world needs.

Sam Wilson is a soldier, but he’s also a good man. That’s why Steve Rogers left him the shield, and that’s why he’s going to make a pretty badass Captain America. And now, I can’t wait to see what Captain America and the Winter Soldier has in store for us, and I’m hoping that it’s a second season.