This New Poster for Sam Wilson as Captain America Is PERFECT

Last week, we got the finale for The Falcon and the Winter Soldier, and with it, we got a debut for Sam Wilson’s look as Captain America! A pull from the comics, Sam’s suit is a perfect marriage between his time as the Falcon and his new title of Captain America (meaning he has wings and does that fun thing where he throws the shield and then uses his wings to flip around, and I love it very much).

The new poster shows Sam’s full look as Captain America, with his iconic Falcon goggles mixed with the red, white, and blue that we’ve come to know from Cap’s outfits. And, of course, the shield. Looks like that shield belongs on his arm, to be honest. (LOOK AT HIM! HE LOOKS SO GOOD AS CAPTAIN AMERICA!!!) 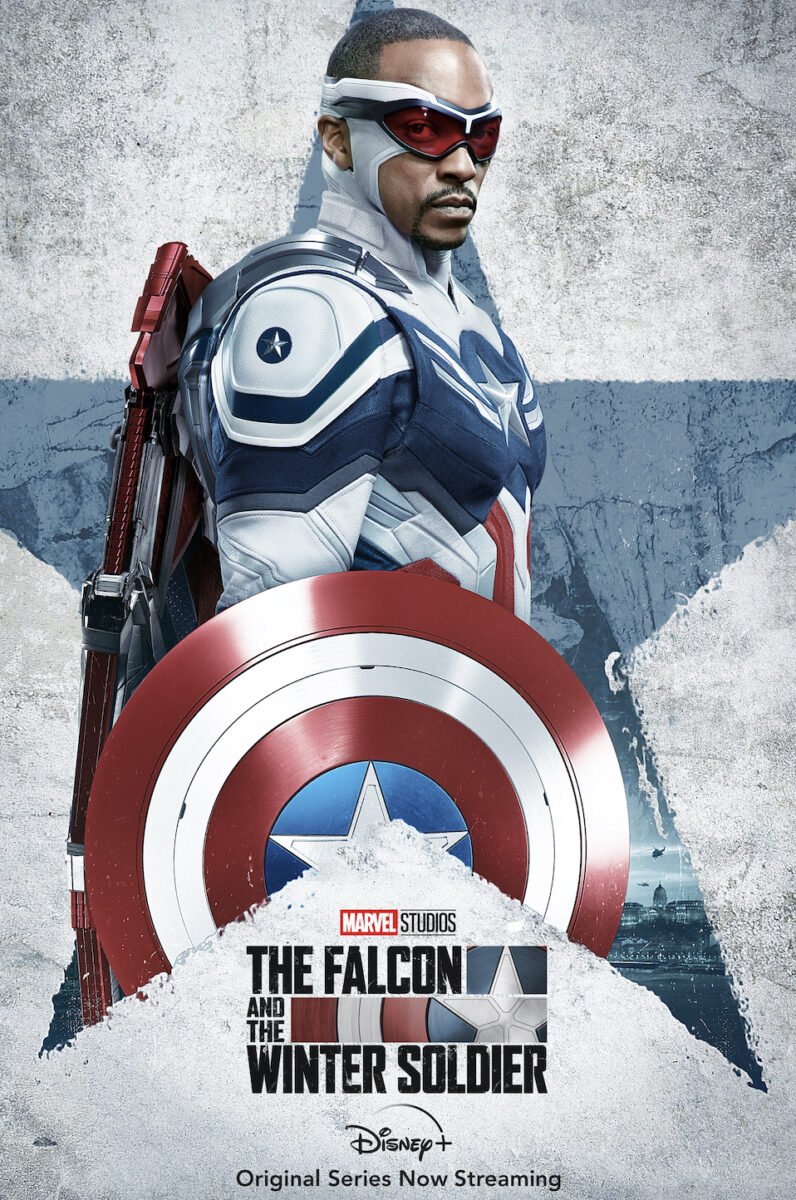 The poster comes after The Falcon and the Winter Soldier’s finale, “One World, One People,” where Sam stepped out as Captain America for the first time. The episode showed us exactly the kind of Cap that Sam Wilson is going to be. He stopped a senator from brushing off the concerns of people as just being “radical extremists” and made those in power listen to what the Flag-Smashers and Karli Morgenthau were saying.

Sam Wilson showed us all that he was a man who will do his best to use his status as Captain America to fight for change, and that’s the Sam I know and love. He’s going to make a brilliant Captain America, especially now that we know we’re getting a fourth Captain America movie from Falcon and the Winter Soldier showrunner Malcolm Spellman.

As the press release states: “A new poster featuring Sam Wilson as Captain America is now available. All six episodes, including the exciting finale showcasing Sam’s official debut with the iconic shield, are now streaming exclusively on Disney+.” And while I’ve seen all the episodes, it’s still beautiful to see the words “Sam’s official debut with the iconic shield.” When Steve Rogers gave Sam the shield, it felt right. That shield belonged to Sam, and Sam just had to realize that for himself and figure out what kind of Captain America he wanted to be.

The Falcon and the Winter Soldier wasn’t perfect, nothing ever is, but I absolutely loved the way that Sam got to decide for himself how he felt about the shield and the responsibility of it. No one forced his hand, and he could have very easily decided it wasn’t for him again after what happened with Walker. But he chose to be Captain America, and it’s going to be amazing to see what he does.

Sam Wilson IS our Captain America (damn right he is), and whatever the future holds, we at least know there will be some more badass moments of Sam with the shield to keep us all going.