We Have $1.6 Trillion of Student Debt. Sallie Mae Celebrated by Sending 100 Employees to Maui. 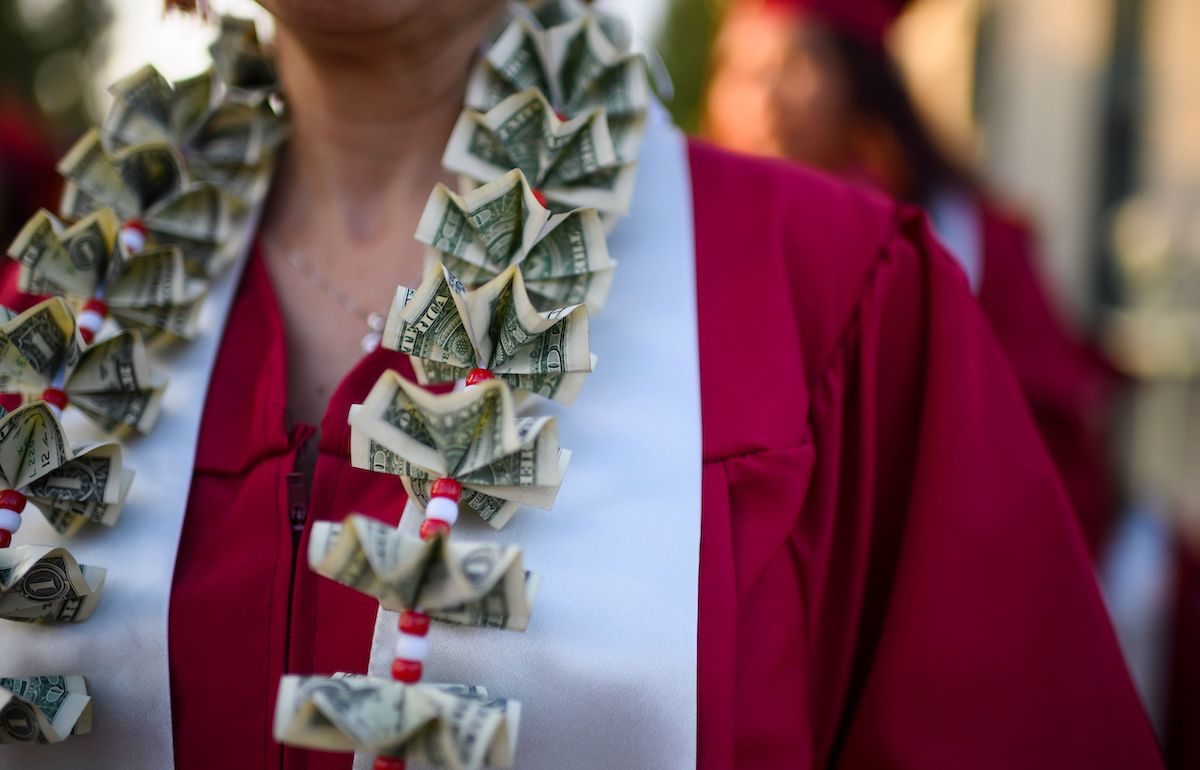 According to NBC News, private student loans lender Sallie Mae flew 100 of its employees to Maui to celebrate a record year of $5 billion in sales. Except those “sales” are all real people, many of whom are finding themselves buried under the debt Sallie Mae is celebrating and helping to create.

Roughly one in five adults age 30-44 have student debt, as well as about one-third of adults under 30, meaning the problem is growing. Our national student loan debt totals about $1.6 trillion. Nearly a quarter of all people with student debt say they have trouble getting by or that they’re just barely doing so. The delinquency rate on student loans is higher than any other form of household debt–around 11%. There was an entire game show dedicated to making people compete to erase their student debt. Calling this a crisis is not hyperbole.

So people were rightly pissed to hear that 100 salespeople had been flown to Hawaii to celebrate all of this. It was one of the rare times that a name is trending on Twitter and people are disappointed to hear nothing terrible had happened to them. If only we could “cancel culture” this one out of existence.

Me clicking Sallie Mae when I saw it trending hoping that they got hacked and everyone’s student loan balance was $0 pic.twitter.com/02SRsPnnk3

On god… I was hoping Sallie Mae died when I saw it trending pic.twitter.com/pdwwb163BG

Omg of course I am more than happy to be a fully employed 30-year-old who still babysits on weekends to pay enough interest for you to drink by the beach! https://t.co/ezHVVV26nk

2023: “Sallie Mae throws cocaine-fueled block party for its employees to celebrate $10 billion in sales while those in student debt are allowed to become human furniture for the wealthy, renting themselves as architecture.” https://t.co/28JiaF8VDE

Sallie Mae is squeezing student loan borrowers for profit while sending their employees on lavish vacations.

Sallie Mae tried to defend themselves by basically saying “We’re just a bank! We just love your kids! Don’t blame us, blame the government!”

And yes, we do also blame the government. We blame a lot of people and institutions. And Sallie Mae is definitely one of them. Sallie Mae and Navient (which until just a few years ago were the same company) were recently sued by the Consumer Financial Protection Bureau for deceptive practices. They were accused of “systematically and illegally failing borrowers at every stage of repayment.”

According to the CFPB, the companies “created obstacles to repayment by providing bad information, processing payments incorrectly, and failing to act when borrowers complained. Through shortcuts and deception, the company also illegally cheated many struggling borrowers out of their rights to lower repayments, which caused them to pay much more than they had to for their loans.”

Sallie Mae may just be a bank, but they’re a for-profit bank, and the kind of bank that sees tens of millions of people struggling and decides that’s a fun reason to go to Hawaii.