Uranus. The planet. What were YOU thinking? 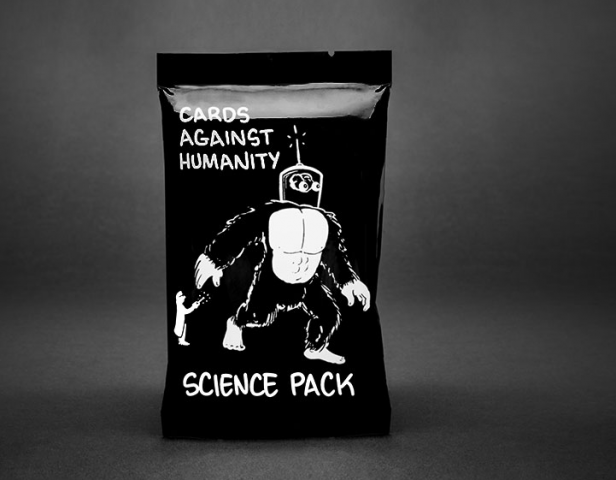 Cards Against Humanity, a game known for its funny and offensive dark humor, released a new science-themed deck, and the money they make from profits will be going to a scholarship for women who are going into STEM education.

So what’s in this deck? It’s got 30 cards and for $10, and you get some stuff like “The quiet majesty of the sea turtle,” “A supermassive black hole,” “Getting really worried about global warming for a few seconds,” and some other fun ones. The deck was assembled by CAH co-creator, Josh Dillion, who is an astrophysics PhD candidate for MIT, and the company also got help from author Zach Weinersmith and astronomer Phil Plait.

CAH has previously raised money (like, about $2 million) for other causes. The scholarship is supposed to cover the bajillion dollars we like to call college tuition and they’re footing the whole bill.

How do you get said free money for school? Well they’re still working out the details for the application, but it will be open before the next college application cycle. It’s called The Cards Against Humanity Science Ambassador Scholarship, so keep your eyes peeled for it.

Now you’re dying to play CAH right? You can satisfy that desire with our deck, or you can play online if you need some practice.

(via Chicago Tribune and Toybox)

Cards Against Humanityeducationscholarshipwomen in STEM