SAG-AFTRA Makes Trump’s Ban Permanent, Setting a Precedent That Should Extend To Abusers in the Entertainment Industry 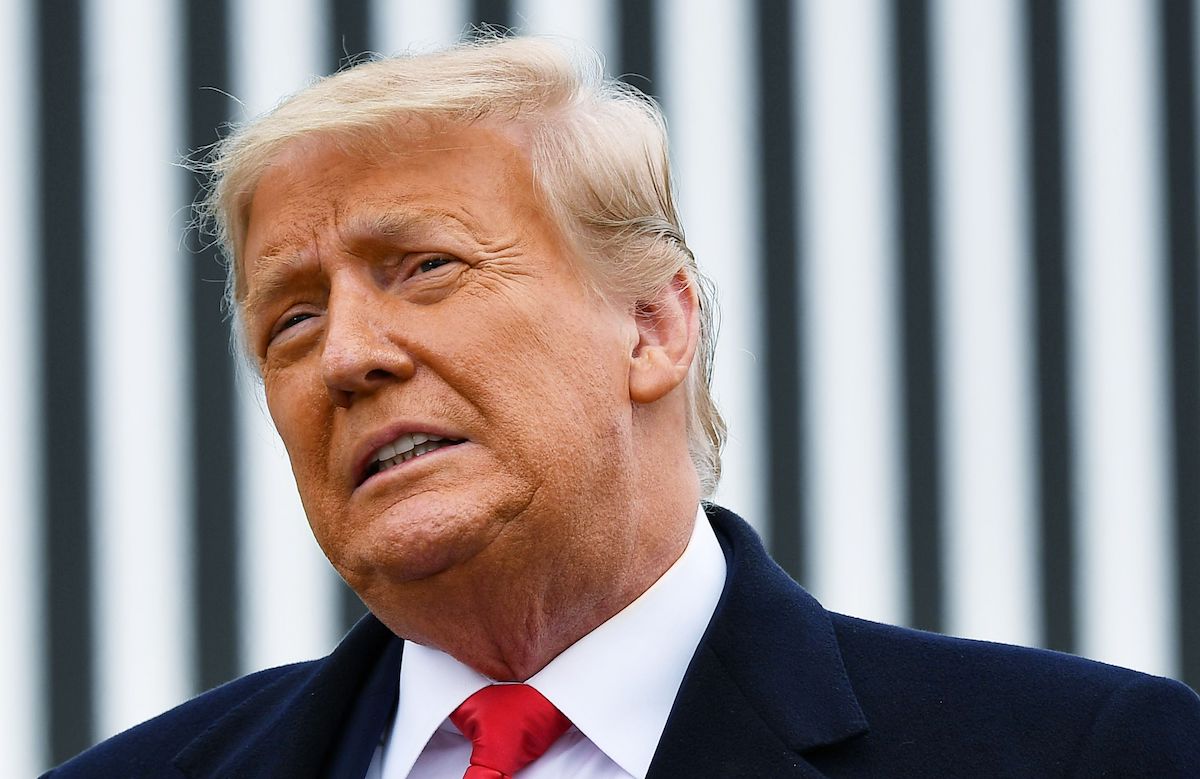 After learning that SAG-AFTRA had voted to initiate a disciplinary hearing and likely kick him out, Donald Trump chose to preemptively quit the union via a lengthy, petty “you can’t break up with me, I break up with you” letter.

Initially, the union responded to Trump’s rambling letter about how he’s great and they’re terrible and he doesn’t even care that they want to kick him out (as you can tell from the effort he put into letting them know this) with a statement that simply read: “Thank you.”

Now, though, the board has voted to make sure Trump is never able to gain re-entry to the union, pointing to Trump’s incitement of insurrection ahead of the riot at the U.S. Capitol as the reason, along with his ongoing “anti-journalist animus that resulted in injuries and harm to SAG-AFTRA member journalists.”

“Preventing Donald Trump from ever rejoining SAG-AFTRA is more than a symbolic step,” SAG-AFTRA President Gabrielle Carteris said in a statement. “It is a resounding statement that threatening or inciting harm against fellow members will not be tolerated. An attack against one is an attack against all.”

This is a great move because even though Trump says the union has never done anything for him, we know that his vanity is going to drive him back to trying to appear on TV and in movies and he will need the union’s cooperation for that.

It also has the potential to set an important precedent if this is, in fact, “more than a symbolic step.” The union’s constitution is fairly vague about what sorts of actions can get a member expelled, appearing to leave it up to a case-by-case basis. “The National Board has discretion to deny membership to any applicant if, in its judgment, his or her admission to membership would not be in the best interests of the Union,” it reads.

Trump certainly fits that description but it’s Carteris’ declaration that “threatening or inciting harm against fellow members will not be tolerated” that I find more interesting. Especially in the wake of the #MeToo movement, which focused a disproportionately huge amount of public attention on the entertainment industry, what does it mean to prohibit harm against members, as perpetrated by other members? If this is truly not a symbolic move, what sort of action is the union prepared to take against others accused of various forms of abuse?

Some will no doubt say that the union can’t or even shouldn’t do anything until such allegations are proven in court but Donald Trump wasn’t found guilty of inciting violence by any court (yet). Rather, the board acted on what they believed to be true. Shouldn’t this set a precedent for taking action based on credible allegations? Marilyn Manson is presumably a member of SAG-AFTRA based on the amount of film and TV work he’s done (before being dropped by his agency and fired from Creepshow and American Gods, that is). Now that nearly a dozen women–some who are in the union themselves–have spoken out about the physical, verbal, psychological, and sexual abuse they’ve suffered at his hands, wouldn’t that count as “threatening or inciting harm against fellow members”?

That’s just one example of so many that SAG-AFTRA is hopefully prepared to really look at. The constitution does appear to have a ridiculous six-month statute of limitations for offending actions, which could play a role in addressing past offenses, including those just now coming to light. But at the very least, the union could tackle future instances in a more aggressive way if they choose to.

Ultimately, I just hope that SAG-AFTRA doesn’t limit this policy to only Trump but continues to explore what it means to ban abuse from its ranks, whether the victim is America itself or another individual.