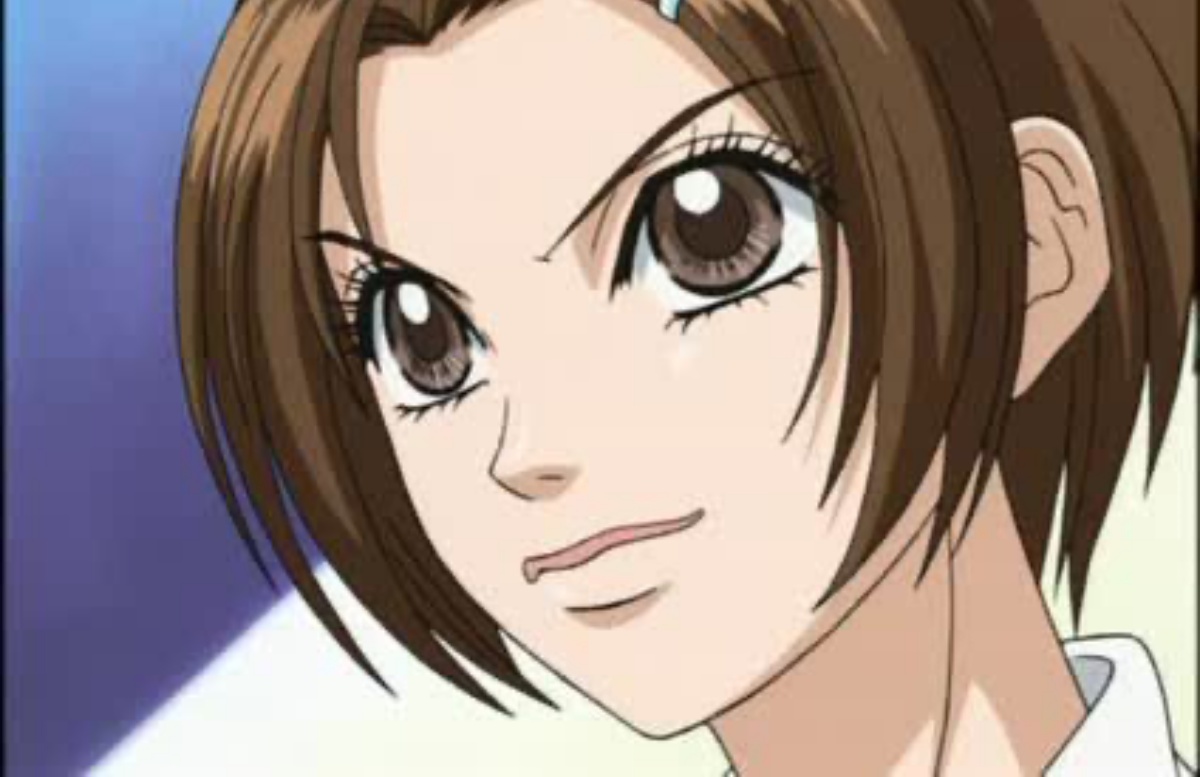 Some villains are notable for their kill count, their technological achievements, or their desire for world conquest. Sae Kashiwagi, from the shojo series Peach Girl, was notable for being a life ruiner that would give Regina George a run for her money in terms of friendship manipulation.

Peach Girl, by mangaka Miwa Ueda, is a high school drama centered on protagonist Momo Adachi and her love life, friendships, and rivalries. Peach Girl was a particularly important series for me because it was one of the first times I saw colorism addressed in something outside of Black media. For Momo, her tanned skinned and bleached hair from swimming led to her being seen as sexually forward. Thinking that her primary love interest, Toji, only likes fair-skinned girls, she stops doing things she loves (swimming), bleaches her skin, and avoids being in the sun.

Taking advantage of that fear is none other than Sae Kashiwagi.

Sae, on paper, has been a friend of Momo’s since middle school, but in the not-so-distant shadows, Sae has been manipulating Momo. She uses her fairness and her perceived fragility to be secretly manipulative, rude, and prone to jealousy in reality. Another way she uses her frame is by victimizing herself in order to be seen as a victim and take advantage of the stereotypes and public image that exists for the person.

It is a crueler type of villainy. Knowing that people view Momo as a sexualized person, Sae is easily able to turn the whole school against the darker-skinned girl. It is something that, as a kid, I realized was especially screwed up, and it was so easily done that it made me loathe Sae. Anyone who has read Peach Girl remembers the visceral reaction to Sae’s treachery—fake bruises, crying, playing the wounded gazelle, and just hurting someone who did absolutely nothing to them.

Even before she meets Momo, Sae starts rumors that she was absent because of teen pregnancy. Then, when the school begins isolating Momo, like the snake in the grass she is, Sae becomes her only friend. From that position, she works to constantly undermine every attempt for the other girl to find a sense of purpose and belonging.

Sae’s wickedness is just her projecting a former sense of fragility and weaponizing old pain into something else. Growing up, Sae was sick, quiet, and friendless, so she ended up disliking other girls and choosing to be the kind of bully she grow up the target of. Thankfully, like most liars, she is undone by thinking she’s the only smart one around, and slowly, we see others take on the role of master manipulator in the series.

Despite the series eventually attempting to make Sae a more empathetic character, she will always be the perfect kind of antagonist for me—manipulative, cruel, and moving the plot in ways only a chess master could.