Sad Men in Texas Host All-Male Screening as a Joke, and We’re Laughing…But Not For the Reasons They Think 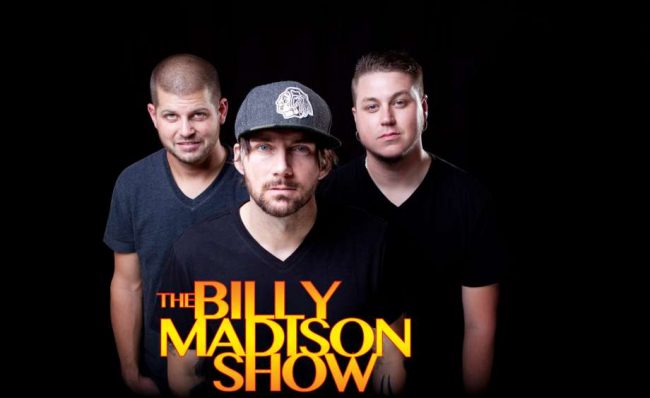 I sometimes have to wonder if people who fight so hard trying to derail already marginalized communities would instead focus their considerable energy into something more productive, if we wouldn’t have a cure for cancer by now.

As you may recall, Alamo Drafthouse in Austin, Texas held (sold out!) women-only screenings of the upcoming Wonder Woman movie, and some men on the Internet got real mad about it. Those that didn’t get out and angry still thought the whole thing so ridiculous, apparently, that they decided to “make fun of” the women-only screenings by holding their own response events.

Take the “dudes” over at The Billy Madison Show, a nationally syndicated radio show on 99.5 KISS in San Antonio. Last night, they held a men-only screening of Metallica Through the Never (because nothing says manliness like Metallica!). Here are some of the hilarious things about this:

Boys, knock yourselves out. If you wanna bore yourselves for two hours (while avoiding elbow contact because “no gay”), have… fun??

Let’s just linger on ‘dude seating’ for a second—a thing that is stupid in regular life that is even more stupid at an event like this. You’d think that getting as many men together as possible would make the stronger statement. You’d think, right? But for these guys, it’s more important to prove the latent homophobia of some men by catering to it at their event. Not to mention clearly reminding the world that “real” men are straight men, because God forbid there be any gay around here. This is Texas!

What the hell is a “dude-only question?” Like, I know they’re trying to be funny, right? But seriously, that joke only works as far as the press release. I can imagine them all getting there, and the hosts being like, “We’re ready for your dude-only questions!” And then they all laugh. And then there’s an uncomfortable silence. And then the hosts are like, “No seriously, anyone have a question? About Metallica? Or, you know, us being dudes? Anyone?” *crickets*

What this screening did was simply illustrate why the women-only screenings of Wonder Woman were so necessary, and helpful, and a wonderful move for Alamo Drafthouse:

I suppose I should be grateful for this men-only screening. It serves as a hopeful reminder that there are more decent men out there than we think, and those are the men that we need to engage in doing away with sexism. As for the hosts of this show and their echo chamber?

As Beth Elderkin says in her tweet above, “Boys, knock yourselves out.”

(via Beth Elderkin on Twitter, image: The Billy Madison Show)