Ryan Gosling as the Wolfman? We're Not Mad About It | The Mary Sue

Ryan Gosling as the Wolfman? We’re Not Mad About It

Universal Pictures plans to unleash its next legacy monster. 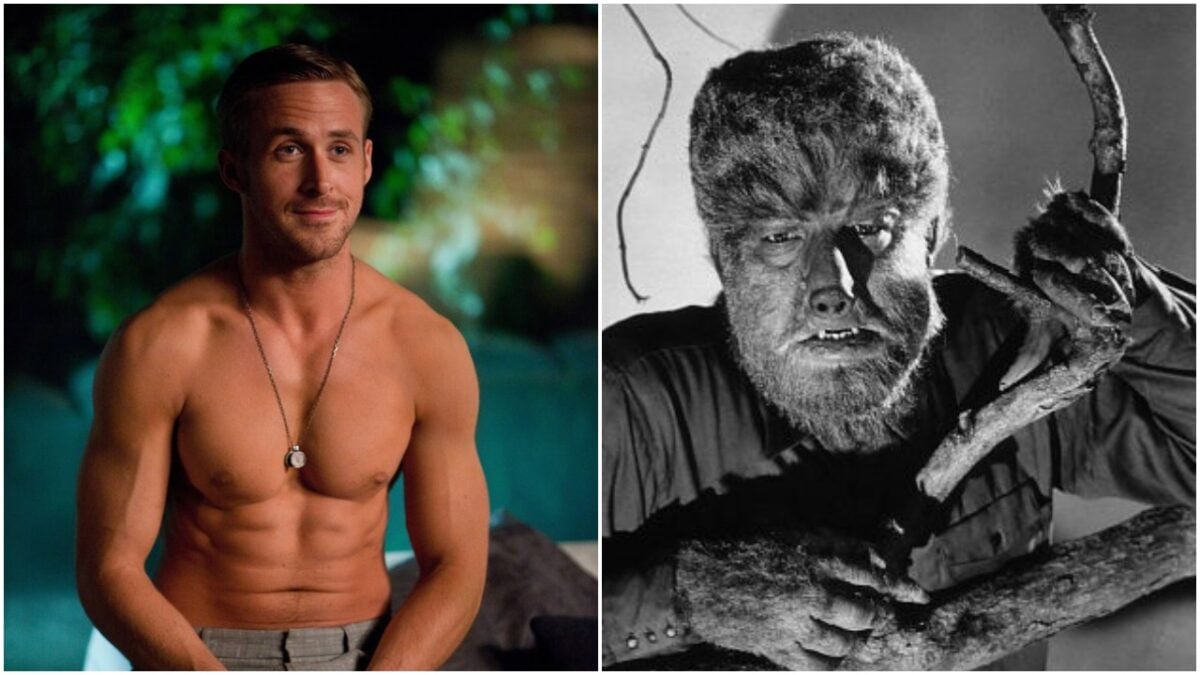 Get ready to howl at the full moon: Ryan Gosling is set to play the Wolfman in Universal’s next monster movie reboot. While a director has yet to be announced, Cory Finley (Bad Education) is said to be current frontrunner. The script was written by Orange is the New Black alums Lauren Schuker Blum and Rebecca Angelo, based on an original pitch by Gosling himself.

Little is known about the plot of the film, except that it is a contemporary setting and thematically in the vein of Jake Gyllenhaal’s superbly unsettling Nightcrawler. If we’re talking werewolf newsmen, then I would be remiss if I didn’t shout out Harrison Ford’s were-hyena Mack Tannen from Anchorman 2: The Legend Continues:

The Wolfman would be the latest entry into Universal’s monster legacy reboot. Universal originally envisioned an MCU-style Dark Universe, where a series of monster movies would feature interconnected story lines. They assembled a superstar cast that included Tom Cruise, Russell Crowe as Dr. Jekyll/Mr. Hyde, Javier Bardem as Frankenstein, and Johnny Depp as the Invisible Man.

But after Tom Cruise’s The Mummy tanked, the studio shelved their plans for a cinematic universe and went back to basics. Their first outing, this year’s The Invisible Man, was a low budget thriller starring Elisabeth Moss as a woman escaping her abusive partner.

Leigh Whannell’s take on the legacy character was well reveiwed, and The Invisible Man went on to earn over $122 million on a $7 million budget. It probably would have earned more has its release not been cut prematurely short by the COVID-19 outbreak.

Unviersal’s last attempt at the The Wolfman was released in 2010, and starred Benicio del Toro, Anthony Hopkins, and Emily Blunt. The film, directed by Joe Johnston (Captain America: The First Avenger), was an expensive flop and poorly reviewed, but nevertheless went on to win the Academy Award for Best Makeup that year.

It will be interesting to see how they adapt The Wolfman for modern times. These films work best when there is a social message underlying them, a meaning behind the monster. And there’s plenty of rich territory to explore in a story of a man who becomes a beast. It’s also been a minute since we’ve had a genuinely good werewolf movie, a horror subgenre that is tragically under-served.

Outside of An American Werewolf in London, what are our truly great werewolf movies? The Underworld franchise is a gloomy slog, and let’s not even bother with Twilight. The last time I saw a satisfying werewolf story may very well be Harry Potter and the Prisoner of Azkaban. In the meantime, if you’re looking for solid werewolf entries, you can check out feminist horror fave Ginger Snaps or the bloody action-packed Dog Soldiers.

What do you want to see out of a modern Wolfman movie? Are you excited to see Gosling don the pelt?