Because running into your arch enemy 74 years later is bound to be awkward. 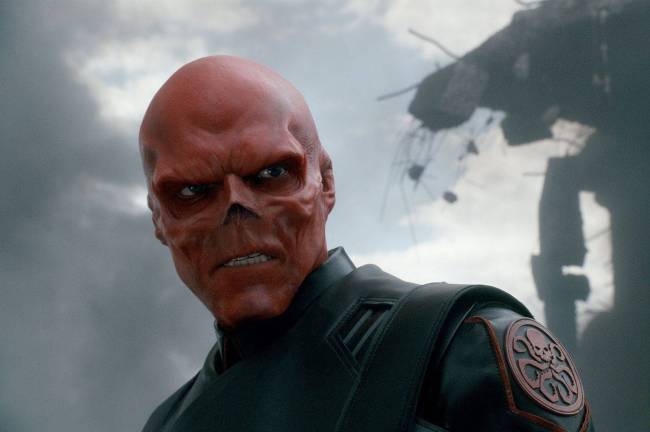 If you’re one of the many Marvel fans that still has lingering questions about the events of Avengers: Endgame, then good news: you’re not alone. Fans have been picking apart every detail of the film, from unwinding the mechanics of time travel to endlessly debating the fate and timeline of Captain America’s retirement. Luckily Anthony and Joe Russo, who directed Infinity War and Endgame, have been more than willing to discuss the minutiae of their films with a sense of humor.

During a Reddit AMA, the brothers were asked about Captain America’s mission to return the Infinity Stones. Returning the Soul Stone to Vormir would naturally mean that he runs into his old nemesis Red Skull, 74 years after they fought during World War II. When the Russos were asked about that meeting, Anthony responded, “It was probably more awkward than you imagine it was. Red Skull felt slated because Cap didn’t recognize him.”

That’s a pretty sick burn, considering Red Skull has likely spent the decades since their last meeting stewing about about his super soldier arch enemy. After all, what else is he going to do on the desolate planet of Vormir? There’s no other discernible life forms present and nothing to do but wait for someone to show up. It’s got to be a lonely set-up even for an evil nazi ghost.

But would Steve really not remember his first enemy? Granted, a lot has happened to him since they last met. Steve was frozen in the ice, thawed out, joined the Avengers, went on countless missions, survived the Snap, became a group therapist, traveled through time, kissed his girlfriend’s great niece … the man has been BUSY.

But you never forget your first (arch enemy), especially not one who peels off his face to reveal a red visage. That’s the kind of thing that sticks with you, I imagine. Fans in the comments joked that Cap wouldn’t recognize Red Skull because he’s played by a different actor. While Hugo Weaving played the role in Captain America: The First Avenger, Red Skull has since been played by Ross Marquand (The Walking Dead).

Other reveals from the Reddit AMA included Cap wielding Thor’s hammer. When asked if he always had the power to move Mjolnir, Anthony said, “He always could. Our interpretation of the famous scene in Ultron was that when he realized he could pick up Mjolnir he quickly chose not to, because he didn’t want to embarrass Thor.”

As the Russos continue their We Love You 3000 Tour across the country to thank fans and promote the Blu-ray release of Avengers; Endgame, we’re likely to get more Endgame nuggets and trivia about the highest grossing movie of all time. In the meantime, let’s queue up a re-watch and continue endlessly speculating into the void!

Avengers: Endgame is out on digital now and available on Blu-ray August 13. What lingering questions do you still have about the film?