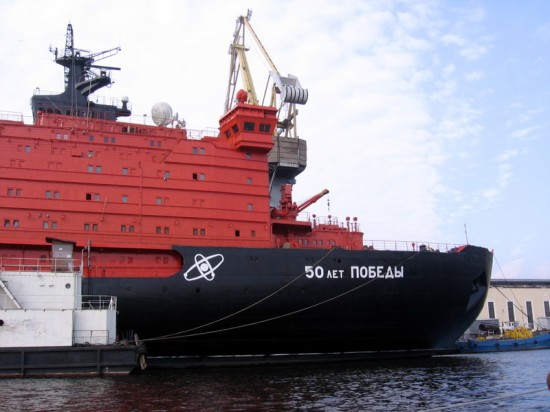 Russia has announced plans to build eight floating nuclear reactors — the first of their kind — to enhance the country’s efforts to explore the Arctic for oil and gas reserves. The arctic is currently more navigable than it has ever been due to the melting of ice, which was previously an impediment to traversing the region. The arctic may be the last natural stronghold of oil and gas reserves in the world, so accessibility and control of the region is of high interest.

The floating power plants are designed to each create enough electricity for 45,000 people, and will have the extra option of purifying sea water into fresh water. With a cost of approximately $335 million each, Russia intends to produce the floating nuclear reactors for mass production. Countries like China, Algeria and Indonesia have expressed interest in purchasing the reactors. The first power plant should be completed sometime next year, and will be deployed to Russia’s Kamchatka region in the far east.

Despite assurances from Russia about the safety and feasibility of the project, concerns abound including piracy (Somali pirates with a floating nuclear reactor?), terrorism, and earthquakes (particularly due to the recent meltdown at Japan’s Fukushima Daichii). Additionally, members of the Russian arm of Greenpeace have raised concerns that the nuclear reactors would end up costing more money for regions like Kamchatka, causing a financial drain.

A spokesperson for the project claims Russia has 50 years of experience operating nuclear powered icebreakers without a single malfunction, so branching out into floating power plants should be a smooth transition. However, the laundry list of concerns about the project also includes Russia’s history of nuclear accidents, particularly on the nuclear powered icebreaker Lenin.

In 1965, the nuclear core of the icebreaker experienced a 60% meltdown, the remains of which were dumped in Tsivolki Bay, and a second incident in 1967 required the removal and replacement of all three reactors on board the ship. However, the Lenin continued to operate until it was decommissioned in 1989.