We Agree With Rush Limbaugh On One Thing: Video Game Regulation 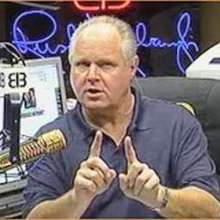 Rush Limbaugh is a well-known American conservative firebrand whose career controversies include implying that Michael J. Fox exaggerates his Parkinson’s symptoms (accompanied by illustrative jerky body language) and that supporters of Barack Obama are simply responding to a racist cultural trope; but who espouses a political ideology of small government, individual liberty and capitalism that resonates with many Americans.

And so, in the interest of fairness, reasonableness, and yes, sanity, we will mention that we are on the same side when it comes to government regulation of the sale of video games, specifically in Schwarzenegger vs. The Entertainment Merchants Association, which begins Supreme Court hearings on Tuesday.

Schwarzenegger vs. The Entertainment Merchants Association concerns a disputed California law that levies a fine of up to $1,000 to any retailer that sells a game where “the range of options available to a player includes killing, maiming, dismembering, or sexually assaulting an image of a human being” or a image with “substantially human characteristics” to some one under the age of 18.  GameInformer has a great rundown of the whole case.

A call in to Limbaugh’s radio show in formed him of the upcoming case, and the host responded immediately:

Join me any time the government tries to impinge on anybody’s speech. Join me when the government tries to tell you can’t eat trans fat. Join me when the government gets involved in all these other behavioral and speech things that they try to tell you and control us we can’t do: What kind of car we have to drive, whether or not we’re responsible for global warming, the kind of lightbulb we have to have, where our thermostats are. Get on board, my buddy. If it’s taken a video game to get you interested and have the light go off, to have you see what liberalism is all about, I’m glad to have you on our side, ’cause I agree with you.  Leave your game alone.  The people that put together these video games are artists in their own right.  If you’re gonna start saying that video games are raunchy, then how the hell do you leave cable television alone?

Ok, so there’s two things we agree with, actually.  The questions of whether or not man is responsible for global warming is not one that a government should answer.  It’s one that scientists have answered.

As for video game regulation, we’d probably word our argument a different way, reaching from the angle of artistic censorship and how the government shouldn’t be in the business of making moral judgments about creative work, citing the environment of severe censorship that choked the young motion picture and comic book industries in America for decades.

But the fact remains: we agree with Rush Limbaugh on this one thing.  And this:

If it takes an impingement on free speech in something you’re interested in, video games, to alert you to what’s happening throughout society then I’m glad it’s happening.