Rush Limbaugh Continues To Be Everything Wrong With America 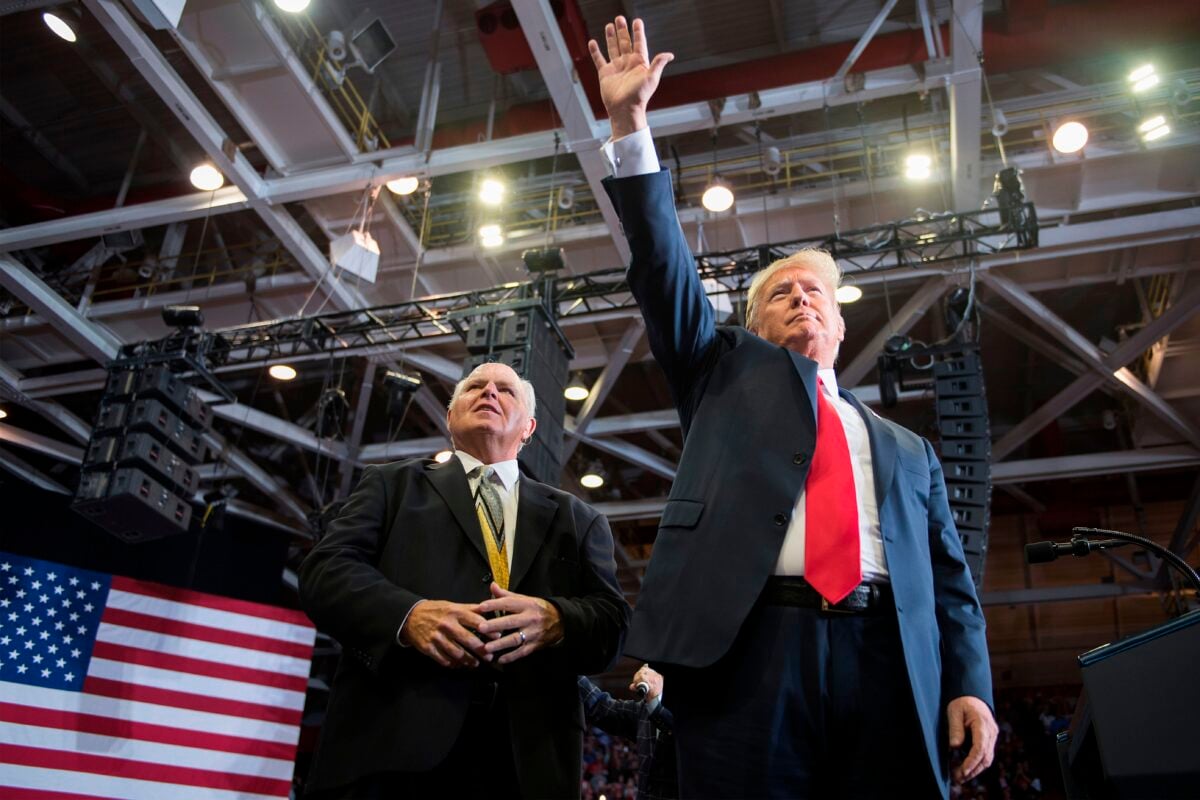 Conservative “radio personality” Rush Limbaugh is a giant piece of crap. There’s no dressing this up. He’s truly, utterly terrible and is part of the reason that America is in the mess we’re in. Limbaugh is not the sole author of our current catastrophe, but he’s a huge factor, and the fact that the right continues to allow Limbaugh to work and thrive highlights the hypocrisy and hatefulness that put Trump in the White House and could keep him there.

It’s not novel to say that Rush Limbaugh is a big wet fart of human being, like Jabba the Hutt with a cigar and a less business sense. In 1996, then-comedian and future Senator Al Franken published Rush Limbaugh Is A Big Fat Idiot. And yet Al Franken has been fully canceled and Rush Limbaugh is still around, like a racist cockroach, spouting disgusting insults at the first Black woman to run for Vice President on a major party ticket.

This month’s attacks on Kamala Harris by Limbaugh are only his most recent hateful statements. Limbaugh has been going after Kamala Harris for a while, using vile language to describe her and reduce her storied career to sexual favors. This isn’t a new attack, from Limbaugh or against Harris in general. But it’s extra disgusting for him to say (not even imply) that Harris, an incredibly accomplished and smart woman, got where she was because she slept with someone. This human bile duct called Kamala Harris a “hoe” in reference to a meme and a “mattress” several times. It’s utterly disgusting and repugnant language from him. But the worst part about his sexist slurs? It won’t matter.

Rush Limbaugh has been spouting lies, misogyny, racism, and hate of every kind for decades on the radio. The things he’s saying and will continue to say about Kamala Harris and Joe Biden will always be horrible. He’ll continue supporting and promoting our racist, sexist president. The same President who gave this jerk the freaking Presidential Medal of Freedom, which tells you everything you need to know about the both of them.

Rush Limbaugh and his politics and rhetoric of hate are why people like Trump, like Richard Spencer and Alex Jones and QAnon and so many more fake, racist, sexist. anti-truth people and ideas continue to torment this country. We like to tell ourselves that we’re a civil, educated, enlightened nation, but we’re not. Not as long as there are other ignorant, bigoted, frightened people out there ready to believe anything a loud-mouth radio host tells them. Rush Limbaugh represents the worst of America and it’s a part of America that is very much alive and well.

So we can berate this man all we want, for his insults and hate, but it won’t matter. It won’t matter as long as many people in this country still listen to him—and he continues to receive a platform from which to spew his gross ideology. Until more Americans learn critical thinking, anti-racism, feminist ideas, unlearn their xenophobia, and stop believing the worst voices out there, Rush Limbaugh will still have an audience. But please, gods, let’s hope that it won’t be too much longer until he at least doesn’t have a President.