Why Marvel’s Runaways TV Series Could Be Groundbreaking 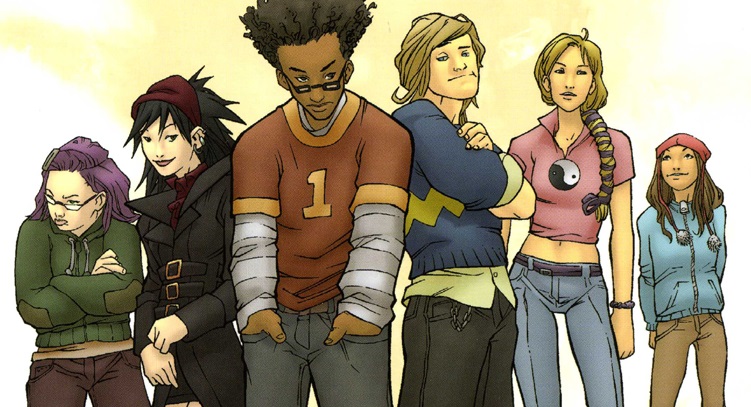 When I heard that Marvel’s comic series Runaways was being made into a Hulu TV series, I fangirled hard. I didn’t expect any of the few superheroes I like to get a live-action adaptation until I was old and gray. I was especially excited because this comic book series stands out in more ways than one.

Created by Brian K. Vaughan and Adrian Alphona, Runaways features six teenagers who find out their parents are supervillians known as The Pride. After finding out they have special abilities and gifts passed down from their parents, the teens decide to band together to defeat them. Did I mention that’s just the first arc?

When I discovered the Runaways comics, only the first arc was available to read because the series was originally intended to be a miniseries. I found all eighteen issues in three digest-sized paperbacks at one of my local libraries. I read the first paperback, Pride and Joy, and was hooked for several reasons. For one thing, the superpowers were awesome and creative. My personal favorites were Nico Minoru’s magical abilities as a witch, Karolina Dean’s alien powers, and Getrude Yorkes’ telepathic link with a dinosaur.

Another reason I liked the comics was that despite being the children of supervillains, the teens aren’t superheroes. They are just teens with superpowers who don’t want to end up like their parents. As a result, the comics break out of typical superhero tropes; the teens only have codenames like “Lucy In The Sky” and “Sister Grimm” to avoid being found by their parents, never have a team name (but consider themselves “runaways” because, well, they ran away from their parents), and by the end of the first arc, they may work together as a team, but they have the bond of a family.

But maybe the biggest reason I enjoyed Runaways was that it had the most inclusive and relatable cast I had ever read in an American comic. It isn’t perfect, especially where the character Alex Wilder is concerned. As the only black member of the team, he was somewhat tokenized; even though he is an intelligent strategist, his parents are crime mob bosses and he barely gets any character development. Although Marvel somewhat makes up for this by introducing the genderfluid alien Xavin later on, Alex’s character still rubs me the wrong way.

On the other hand, four out of the original six Runaways are still women. Out of these four, one is Japanese, one is fat, and one is a lesbian. When you consider how teams in the Marvel Cinematic Universe barely have any women at all, this is a pretty big deal.

At their core, the Runaways comics are about finding your own identity, one that sets you apart from your parents. If the television series manages to capture most of what I love about the comics and has enough viewers, then it could set the stage for more inclusive Marvel work onscreen. Maybe after Runaways is adapted, the 2013 run of Young Avengers or the All New All Different Avengers could be next. In fact, I’m hoping Runaways is a hit so we can get more female superheroes on screen, especially female superheroes of color. Since Nico Minoru is currently a member of A-Force, maybe some of those comics could be adapted. I personally want the All-New All-Different Avengers to be adapted so that I’ll get the Ms. Marvel/Kamala Khan series I’ve always wanted.

When it comes to being inclusive, Marvel always seems to take two steps forward and one step back. Yet if a comic series like Runaways can get adapted for television, I have some hope for the future.