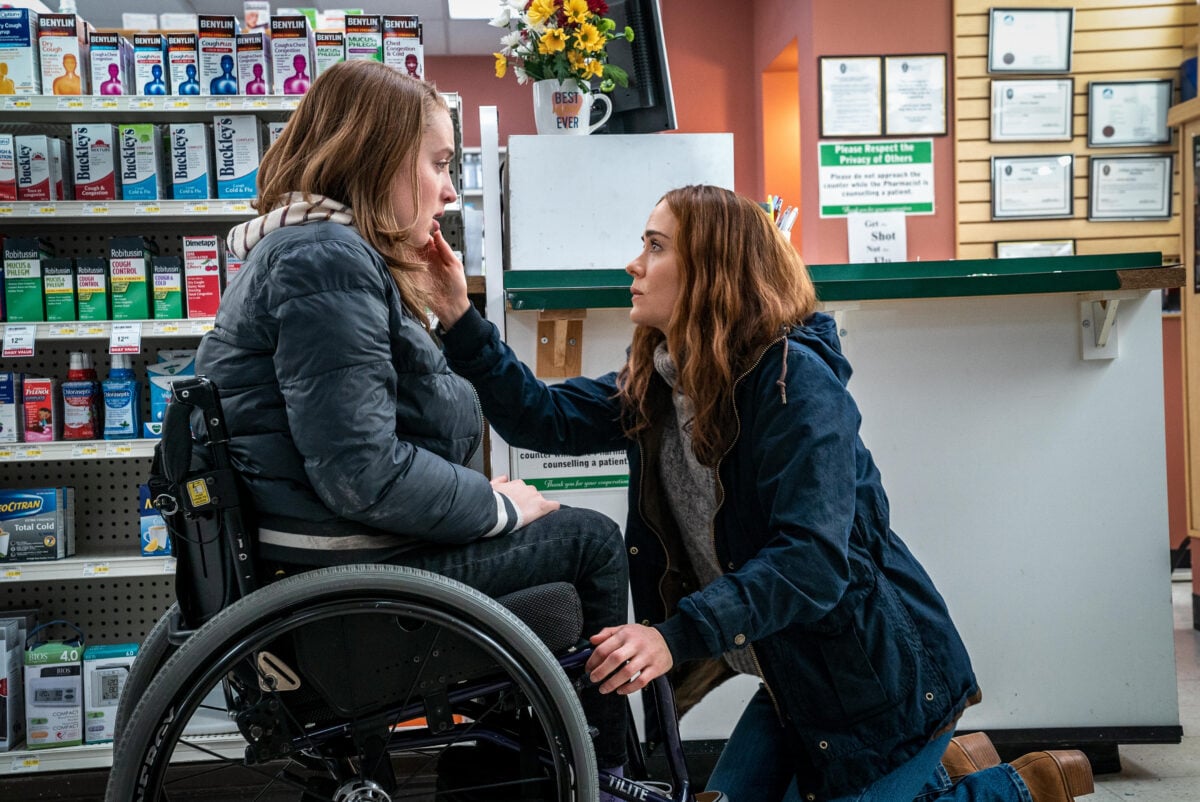 It’s been a while since audiences were treated to a good old fashioned psychological thriller. And make no mistake: Run, the latest film from Searching director Aneesh Chaganty, is exactly that. The film wastes no time constructing a taut, suspenseful atmosphere between bright teen Chloe (Kiera Allen) and her overly doting mother Diane (Sarah Paulson). Chloe is paralyzed from the waist down, and has asthma, diabetes, and heart problems. Her multiple medical conditions have led to a highly isolated life in the country, where Diane homeschools her, cooks for her, and cares for her every need.

But now that Chloe is 17 and applying to colleges, Diane fears that her only child will soon slip beyond her control. What follows is a tense cat and mouse game between mother and daughter, with shocking twists and turns along the way. Run lays its cards on the table pretty early on, and you’ll likely realize what’s up pretty quickly. But that doesn’t stop the suspense from slowly ratcheting up throughout the film, as Chloe begins to question the only life she’s ever known.

The film is largely a two-hander, with Ratched star and American Horror Story spooky queen Paulson as the main attraction. But it’s truly Kiera Allen’s film, as she delivers a star-making feature debut. Allen more than holds her own against Paulson, in a physically and emotionally demanding performance. She’s also disabled, which makes her the first wheelchair user to star in a major thriller since Susan Peters in 1948’s The Sign of the Ram.

Allen’s performance is a long overdue and welcome moment of disabled representation in film. Thankfully, the film doesn’t silo her into the usual disabled cliché by making her an object of pity or a prop to redeem an able-bodied protagonist. She’s boosted by a thoughtful script that addresses Chloe’s experience authentically without making it her sole character attribute.

Chloe is smart, resourceful, and a robotics whiz, which are given just as much attention as her disability. In an interview with the New York Times, Allen said of the role, “It feels like it’s going to be the first time a lot of people in my generation ever see a real wheelchair user onscreen playing a wheelchair user. That’s a huge honor. There is so little media representation of people with disabilities that I feel like I’m representing an entire community because of this lack of visibility. I’m really hoping that this movie brings down some barriers and that more disabled people are cast in major movies.”

Allen’s performance will hopefully break down barriers for disabled actors to play disabled roles. And while roughly 20 percent of Americans are disabled, they barely make up 1 percent of onscreen characters. Disabled representation is long overdue, and Run sets the standard by doing it right.

Run is currently streaming on Hulu.