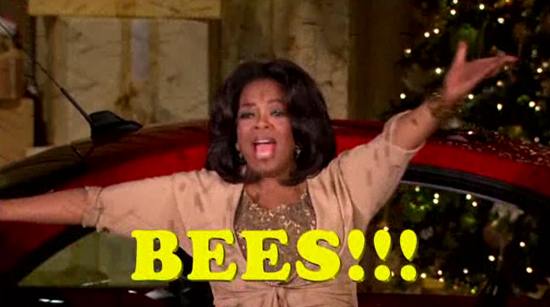 The Microsoft Surface, or Surface RT, is a tablet that boasts Windows 8 in a lot of ways but fails to deliver in many others. The limitations are such that most technology pundits consider the device to be something of a cluster. Basically, the Surface RT is okay for what it is, but it isn’t what many had hoped it would be. That doesn’t mean it isn’t a fine and wonderful device for, say, your uncle that still has trouble checking his email and uses Internet Explorer. Even Oprah loves the Surface RT, and has added it as one of her favorite things, which says a lot about the intended audience for the tablet.

We all know the broad strokes: The Surface is Microsoft’s first PC. The hardware is fantastic. But the Surface, or rather Surface RT, runs a limited version of Windows 8 called Windows RT. It looks like Windows 8, smells like Windows 8, but doesn’t taste like Windows 8. That could be a problem for a lot of buyers unaware of the limitations.

Here’s the blurb, supposedly from Oprah herself, on the list, though:

The Surface, Microsoft’s first tablet, feels like a Mercedes-Benz to me, people! The full-size keyboard built right into the cover makes work easy, the very smart kickstand makes watching a movie or Skyping a friend a delight, the less than a pound-and-a-half weight makes a great alternative to a laptop, and the many other features make it fun for work and play. Now, that’s a wowser!

It sounds like Microsoft knew exactly what they were doing, or they bumbled into a situation that’s beneficial to them. One would hope it’s the former, but there’s probably a good smattering of the latter involved.