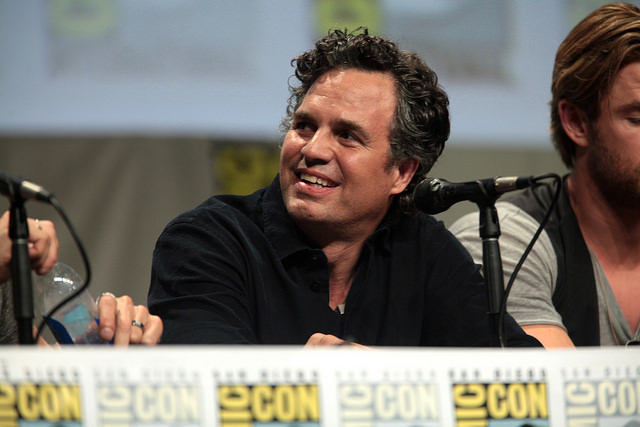 Yesterday we spoke about how stars Jamie Clayton and Jen Richards spoke out against Anything, a movie featuring Matt Bomer in the role of a trans woman sex worker. Mark Ruffalo, who served as an executive producer on the film, addressed their and everyone’s concerns over yet another case in which a cis male is cast to play a trans woman.

Ruffalo’s response came out in a pair of tweets, the first of which was:

To the Trans community. I hear you. It’s wrenching to you see you in this pain. I am glad we are having this conversation. It’s time.

While it’s a little bit reassuring to hear that our pain and concerns are being acknowledged, one can’t help but feel that the “conversation” we’re having is one that’s been had before. It’s a conversation whose time has come and gone, but the problem with this is that Hollywood continues to ignore the lessons to be learned from such conversations. It honestly feels like no change has come about after these conversations.

My question is: when will the conversations and pain sink in for other people?

Ruffalo also went on to explain his reasoning behind casting Bomer, citing a previous film they had worked on together:

In all honesty I suggested Matt for the role after the profound experience I had with him while making “The Normal Heart”.

It’s in this tweet that we find the heart of an argument I personally see plenty of people make whenever we call out situations like these: “They cast the best actor for the role.” I’m not trying to discount Ruffalo’s experience working with Bomer and how deeply profound it may have been. Instead, I’m trying to address the fact that this profound experience seemed to somehow trump doing the right thing, which is correctly casting the role.

Richards previously tweeted that she had auditioned to play another trans character. During her callback, she was told that Bomer had already been “pre-cast” for the lead role, to which she replied with an explanation about how problematic that was and how it’d be received by the press. Yet, somehow, despite this apparent “conversation” with the people responsible for casting, we still have to have this “conversation” across social media and the internet. You see what I mean when I say we keep having it over and over and over again?

Ruffalo’s suggestion more than likely gave Bomer a boost in the casting department’s eyes. Everyone agreed, long before auditions, that a cis man was the “best actor for the part,” despite having seen trans women audition for roles that were essentially made for them.

For starters, the thought that a cis male can play a trans woman better than a trans woman can is nothing short of insulting. If what you want is the best person for the role, why wouldn’t you cast an actor or actress who has lived through some of the experiences that character has likely seen? There’s a nuance, a real subtle understanding of the role that often ends up missing when cis men are placed in these kinds of roles. So, again, if you want someone who’s really going to bring the role to life, why would you go and do the opposite?

Hand-in-hand with this argument is the thought that there aren’t enough trans actors, that there isn’t a large enough pool of “known” talent to draw from. This argument is similar to the one you see with regards to diversity and inclusion in the tech industry, and the lesson learned there carries over here as well: as long as you keep using that glass ceiling of an argument, you’re going to keep having the same problem. As long as this misconception persists and spreads like it always does, then the further we get from solving the problem, i.e., trans women will keep getting shut out of roles because they aren’t “known” or “good enough.”

Again, these are conversations that have been had over, and over, and over again, and they’re conversations that people will keep having until something changes. To a point, it’s tiring, but again, I think, I hope, and I feel that its importance is great enough that the end result would be worth the exhaustion. I, for one, truly believe it is, and will keep saying the same statement with which I seem to end every post about issues like these:

You can do better, Hollywood. You can and you must.