Ross Putman’s @Femscriptintros is Great, But Let’s Talk About the Women Who Came Before Him 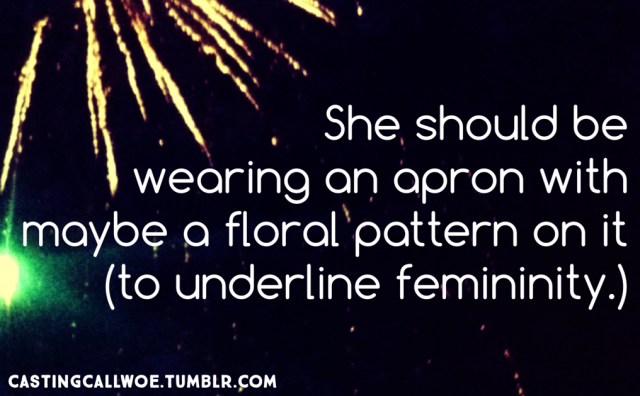 Chances are, if you travel in feminist film-loving circles, you’ve probably heard about producer Ross Putman’s awesome Twitter feed @femscriptintros, where he posts the introductions to female characters in the scripts he receives. It’s simultaneously hilarious and heartbreaking to see that these are the kinds of female roles that are being written by screenwriters and actually being submit to producers. Putman has been written up everywhere from The Guardian, Time, and NPR to The Wrap, The Hollywood Reporter, and the Huffington Post. And yes, even here!

What’s interesting is that he’s getting all this attention for doing something that’s been done before – by women. There have been several women in the entertainment industry who’ve spearheaded efforts like this in order to highlight these kinds of goings-on, but sadly it isn’t until a man decides to speak up about feminism that people decide to listen. *sigh*

Actress Miss L. (@ProResting on Twitter) has been keeping a Tumblr called Casting Call Woe since 2013, anonymously posting the descriptions of female characters in casting notices. This one in particular from 2014 is kind of amazing in its cluelessness: “She doesn’t like being objectified & is very pretty.”

And then there are these: 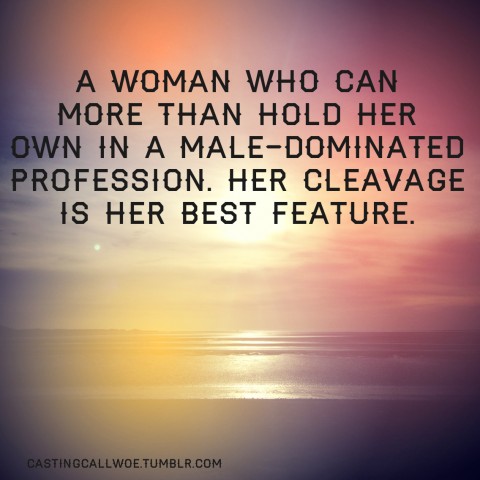 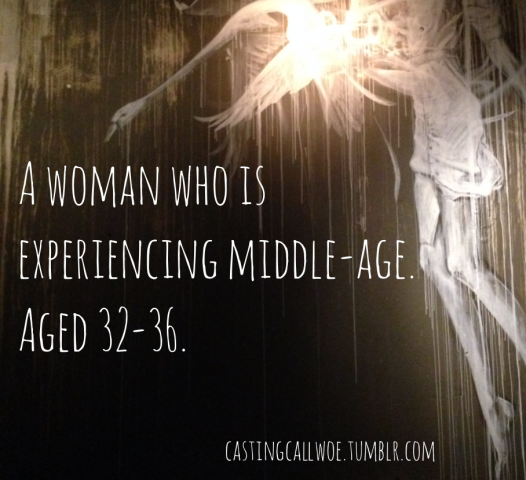 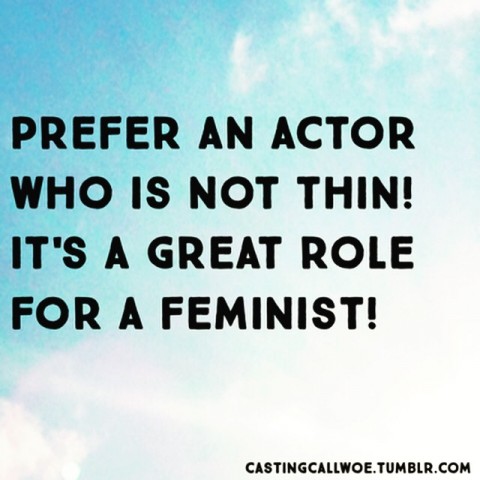 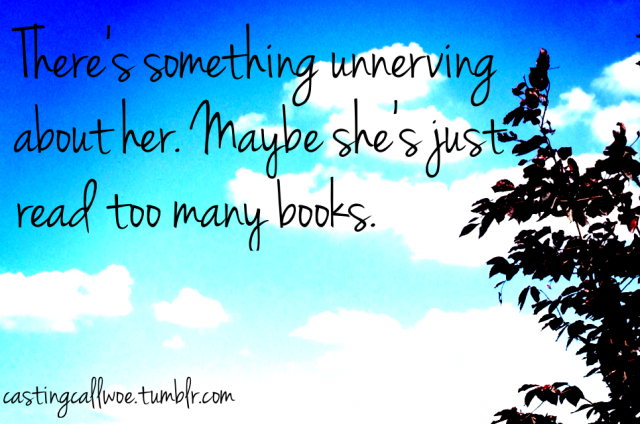 Meanwhile, an anonymous woman in Los Angeles has a Tumblr called Terrible Casting, which does the same thing as Casting Call Woe, but with an additional focus on race and LGBTQ+ women. Here are some of those gems:

It’s interesting that there seems to be a correlation between sexism/racism/homophobia and an inability to use grammar or spell things properly. Now, obviously “correlation does not equal causation.” But if you told me tomorrow that someone did a study and discovered that there was a connection between “unintelligent people” and “racist patriarchal asshats,” I wouldn’t be surprised.

Lastly, there’s an awesome New York-based female trio that has a show on YouTube called Lady Parts, about the bullshit actresses go through on the regular. Check out this really poignant episode, entitled “You’re Never Fully Dressed”:

They’ve been around for nine months. Have you ever heard of them?

What’s sad, and totally messed up, is that this is the first time I’m hearing about these women, and I work at a site that is actively looking for cool women to write about! But we’re only one site. If people don’t reach out to us specifically, or certain news items aren’t being talked about elsewhere – we’re going to miss things. And it’s a shame. Which is why I’m posting this on the heels of our article on Putman yesterday.

Now, I want to be clear – this is in no way to put Putman’s efforts down. On the contrary, I think it’s so important for more men to become involved in feminist discussion, because the fight for equality is one that will benefit them, too! This is simply to point out the sexist bias in the way things like this are covered, discussed, or simply acknowledged (or not).

When women speak, it’s not considered enough. Society is still designed to value what a man says over what a woman says, even about things that concern women. That’s what Patriarchy looks like, folks.

(via email tipster whom I thank very much for sending these in our direction!)