Scientists Made a Perfume Based on the Scent of Rosetta’s Comet, Which Apparently Smells Awful 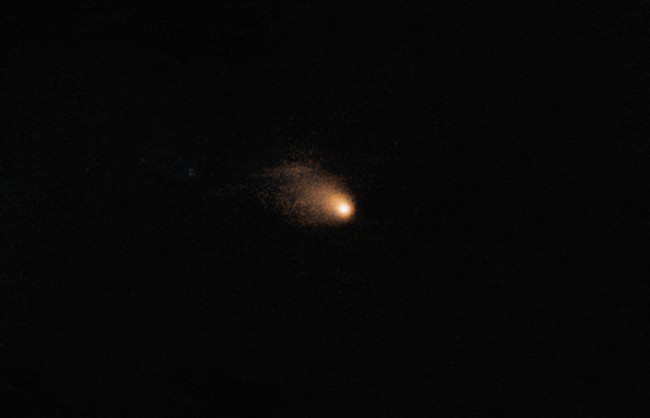 What hath science wrought? For whatever bizarre reason, scientists have partnered with a scent-making company to create a perfume that smells like Rosetta’s comet. Except that according to New Scientist, said comet smells like “rotten eggs, cat urine and bitter almonds.” Uh … why would you make that into a perfume? WHY?

Making perfume is a science in and of itself, obviously. Figuring out a blend of smells that work without causing a headache to anyone who smells it seems easier said than done. Whatever goes into that process, these scientists did the complete opposite, instead focusing on crafting a perfume that is the “smelliest.” Like, that’s the literal word they used when describing how they chose which comet smells to use.

Colin Snodgrass, the scientist who came up with the idea, says they “picked the things that are the smelliest” out of the list of compounds that were detected on the comet. If you were out in space next to the comet, you wouldn’t be able to smell it, because you’d need to keep wearing your spacesuit in order to stay alive. But apparently, Snodgrass just really wanted to know what the comet would smell like, so he made this happen.

You know, ordinarily, I’m of the opinion that we should be funding space programs and all the science related to them. But after hearing that apparently Snodgrass is putting together “a bunch of postcards impregnated with this,” well … I just don’t know anymore. As far as expensive practical jokes go, this might be one of the best/worst ones ever.