The New Roseanne Remount Will Feature a Gender Fluid Character, So of Course Bigots Want a Boycott 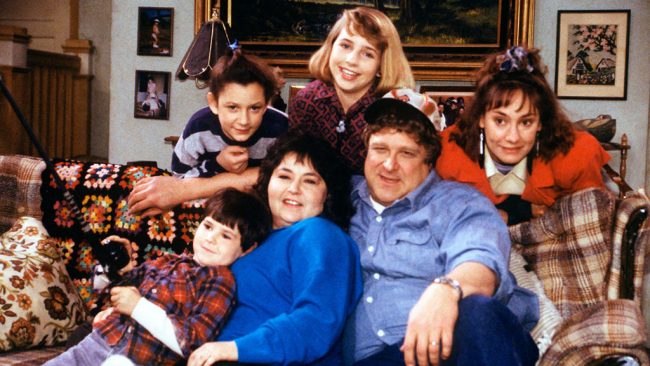 Looking ahead to the return of Roseanne scheduled to air next year, some people are already calling for a boycott of the show. And surprisingly, it’s not because of Roseanne Barr’s history of transphobia, her outspoken love of Donald Trump, or her apparent belief that Nancy Pelosi is a lizard-person.

Nope. Instead, the group One Million Moms (1MM), a subset of the ultra-rightwing American Family Association, has an objection to a casting call for a gender fluid character.

It was announced last week that Emma Kenny (Debbie on Shameless) will play Darlene and David’s daughter. Their other child, Mark (presumably named after Becky’s late husband, since it had been said that Mark’s role would not be recast following the death of actor Glenn Quinn) was reportedly described in the casting notice as “gender creative.” The show was seeking a child actor who was “sensitive and effeminate” and “displays qualities of both young female and male traits.”

1MM wrote in a statement, “Unfortunately, the age of Roseanne’s grandchildren may attract young viewers, so the victims of this outrageous program are the young cast members, not to mention any child who views the show. The sexualization and moral corruption of these children is child exploitation at its worst. No child should be introduced to the experience of mental disorders.”

First of all, fuck you. Gender fluidity is not a “mental disorder.” Second, no one is “sexualizing” anyone. A discussion of gender is not the same thing as a discussion of sexual activity or orientation. But while we’re on the subject, I’d bet good money that the same people clutching their pearls over this “sexualization” are some of the same ones who tell us all to calm down and “get over it” when we call out the actual sexualization of children. Say, for example, this nonsense: 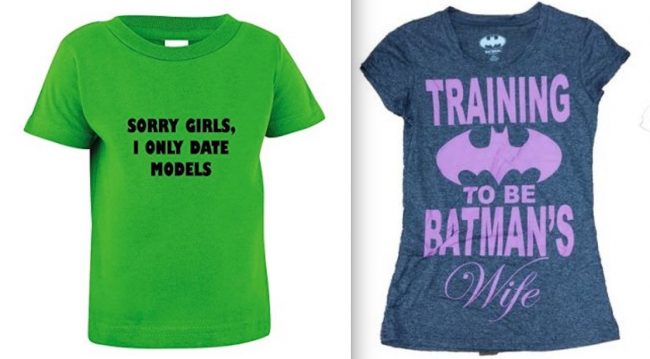 Via children’s sections of Amazon/Walmart

Because what they really want is the heterosexualization of kids, and talk of anything but a hetero binary is threatening to that.

Anyway, these moms are apparently worried about Roseanne leading to the destruction of all humankind because “DNA proves a female is female and a male is male. There is no gray area here and no such thing as “gender fluid.” Confusing young viewers and child cast members with gender dysphoria is destructive. ABC is glorifying gender dysphoria, also known as gender identity disorder, and using a child to promote this mental disorder.”

The one thing I almost but definitely still don’t agree with the group about is the idea that seeing a gender fluid child on television could have a strong impact on children watching. To say that it’s “confusing,” though, is pure ignorance. Hateful groups like these love to say with authority that homosexuality, gender fluidity, transgender people, and whatever else they don’t understand don’t exist–THAT DOES NOT MAKE IT TRUE. And the more examples children (and adults) see of characters that look and act like them, the less “confused” they’re going to be. We’re seeing more and more of these examples in film and TV, even making its way to network television. The first season of The Mick tackled the issue with humor and care, and hopefully, Roseanne does the same.

Let’s also not forget that, despite Roseanne Barr’s perplexing politics, this show was always ahead of its time.

Fortunately, despite their name, nowhere near a million moms seem to share the group’s bigoted views. As of writing this, their petition to boycott Roseanne only has about 8,000 signatures.