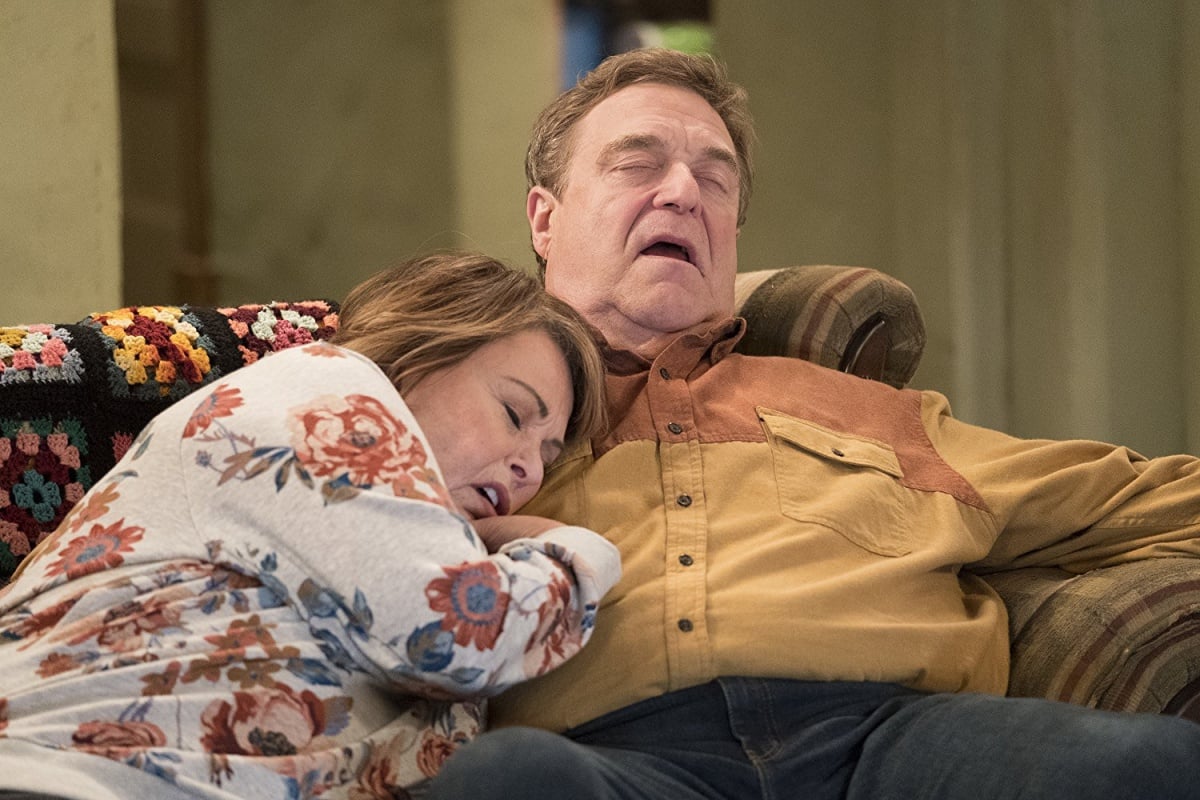 Just because Roseanne is cancelled does not mean the saga is done just yet. The ABC hit show, which was scrapped in response to Roseanne Barr’s racist tweets and cable channels has since pulled re-runs from syndication.

Despite all of that, the announcement of it being dropped came after the show was already renewed which means writers, producers, actors and all the other elements that make a television show come together were already contracted on. In fact, as we covered yesterday, the news came the first day the writers were coming together for Season 2.

All this to say, ABC owes people money.

The Hollywood Reporter states that “several sources with knowledge of the situation suggest that ABC and parent company Disney could be on the hook for ‘tens of millions of dollars.'”

People who represent other members of the cast, mainly the big three of  Sara Gilbert, Laurie Metcalf and John Goodman, say that the recently negotiated new deals for the 11th season had them making $300,000 an episode (a raise from $250,000 for season 10), and the actors are expecting to still be compensated for at least 10 episodes of the season.

Now, I feel like people should be looking for Roseanne Barr for that money, but I get it. This is a business, these actors had to drop other plans in order to honor this contract, so it makes sense that they should be getting something back to honor those agreements. Yet, it doesn’t erase the source of the cancellation, which is that Sara and John and Laurie all gave their goodwill capital to allow Roseanne to be seen as a political conversation, despite Roseanne Barr’s known behavior.

They knew this is who she was, and they still went into business with her. In any other industry, if you go to bat for your friend and join hands with them in a business deal only for them to screw you over that is your loss. That’s why one of the first rules you learn from Judge Judy is don’t lend money or get into business with friends/family.

John Goodman made a non-statement/statement about the cancellation of the show saying he’s fine and that he isn’t concerned with losing the Emmy nomination for this season of Roseanne: “I wasn’t gonna get an Emmy anyway. I’ve been up there [11] times already, and if I didn’t get one I’m not gonna get one.”

Which, I get why it was asked, but at the same time why do Emmy wins matter more than … I don’t know racism. Roseanne Barr has also gone to bat for Metcalf and Goodman saying she wishes they weren’t being “punished” because of her. Barr has also taken to Twitter responded to Michael Fishman and Sara Gilbert (D.J and Darlene Conner respectively)’s tweets that were critical of her comments saying they are throwing her under the bus.

I’m not surprised that the cast is adamant about getting paid, because money was the main reason they risked doing this project anyway. Plus, until cable puts the show on, that syndication check is going to be looking a little light.

What do you think? How do you feel about the cast and crew of Roseanne being entitled to a hefty payday in spite of everything?