The Internet Knows That #RoseTicoDeservedBetter | The Mary Sue

The Internet Knows That #RoseTicoDeservedBetter 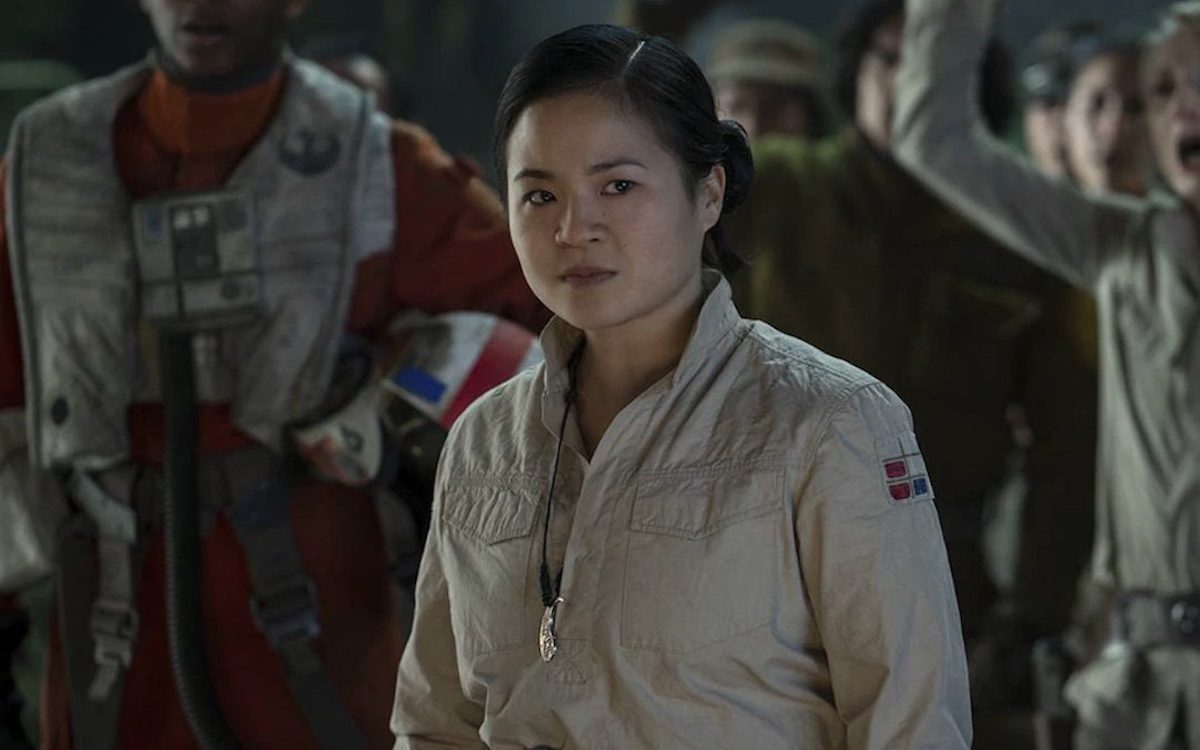 Of all the disappointing elements of Star Wars: The Rise of Skywalker (and there are so, so many), the absence of Kelly Marie Tran’s Rose Tico is possibly the most upsetting.

After playing a pivotal role in The Last Jedi, Rose was basically a glorified extra–call it a cameo at best–in the latest installment. There was no character development and she didn’t move the plot in any way whatsoever. How could she when she was barely ever onscreen?

#RoseTico played by the iconic Kelly Marie Tran only has 1min 16 sec of screen time, out the 2h 22m runtime of #StarWars: #TheRiseOfSkywalker.

If you need that translated into the most depressing framing possible:

Rose’s sister Paige, who died in the first scene of THE LAST JEDI, had more screen time than Rose does in THE RISE OF SKYWALKER. https://t.co/zwo7QhPf0t

As far as I can remember, no other character even mentioned her. It was like she didn’t exist.

JJ Abrams: I’m not trying to erase what Rian did. I love it, actually.
Also JJ Abrams: https://t.co/C4ywpmJmJw

I cannot imagine the restraint it took to keep her composure on the premiere’s red carpet when asked about her “arc.”

the way she laughs at the question :( kelly, i am SO sorry pic.twitter.com/NBoj5Hdrwz

A lot of people have grown tired of the minute-counters who go into a movie to clock the women’s dialogue or screentime. But this isn’t just about the barely-plural minutes Tran apepars. After all, according to Slate’s Violet Kim, Rose Tico appears for just shy of 11 minutes in The Last Jedi. That’s far less than I would have guessed because she was essential to the plot and her character was rich and fully developed.

The problem with TROS, then, isn’t just about minutes. It’s about the erasure of her entire character. JJ Abrams had praised her character, only to bench her for the entire conclusion of the trilogy. And this comes after Tran received an avalanche of harassment for, in the eyes of some very loud trolls, “ruining” the franchise. Abrams has been accused of creating a movie around fandom demands, resulting largely in a heap of blandness. With his treatment of Rose, it’s hard to believe he wasn’t listening to even the most toxic corners of the internet.

Luckily, the rest of the internet is out here getting #RoseTicoDeservedBetter trending, because boy did she ever.

the rose erasure is heartbreaking. i love her so much. her heart, her passion, her disdain for rank, her ability and willingness to call out bullshit (even when it’s on her own side) are all so incredible. these traits really sum up the spirit of star wars #RoseTicoDeservedBetter

Rose Tico got 1 minute and 16 seconds of screen time in TROS. After punching her fist through Canto Bight, saving what she loves, and being a spark of hope… she got 1 minutes and 16 seconds. #RoseTicoDeservedBetter

Rose delivered one of the most powerful lines ever in TLJ that inspired true SW fans to really continue “saving what they love”. Someone like that didn’t deserve to be sidelined so horribly in TROS. #RoseTicoDeservedBetter pic.twitter.com/92pbp7kCgq

And plenty of people are still holding out hope for the future Rose deserves.

Disney, the solution is simple:

From the perspective Star Wars needs: the working-class everyperson winning by saving what we love. pic.twitter.com/735snv3p2X

(image: LucasFilm)
Want more stories like this? Become a subscriber and support the site!