Look At These Reactions to The Tico Sisters Merch, and Then Try and Tell Me Representation Doesn’t Matter 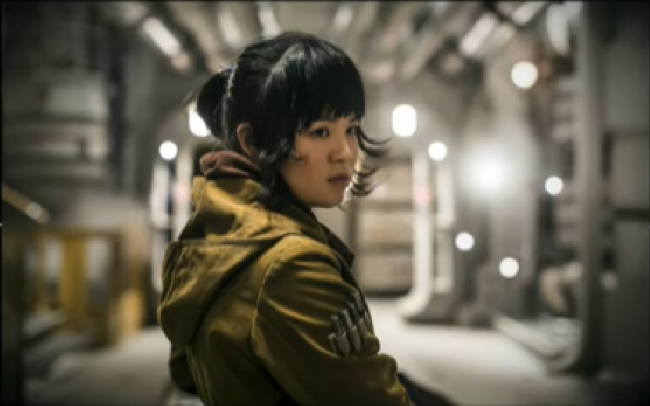 As part of Force Friday II, Disney/Lucasfilm released scores of Star Wars: The Last Jedi merchandise for fans to purchase. Among this merchandise were action figures for two new characters: Rose and Paige Tico, who will be played by Vietnamese-American actress Kelly Marie Tran and Vietnamese actress Veronica Ngo, respectively. Considering Star Wars‘ record with its female characters (remember #WheresRey?), I was pleasantly surprised and relieved that they actually gave us merchandise of these two.

And in case anyone on that marketing team wasn’t sure whether this matters…well, just look at some of these reactions.

Oh wow I’m like the most casual of Star Wars fans but seeing these figures of Asian Am actresses made me literally tear up (📷: Keith Chow) pic.twitter.com/yjc9vKUsMW

Rose and Paige Tico. I am so happy these characters and figures exist. pic.twitter.com/Tc7B0wrI1Q

As much as I love my Porgs, the most exciting purchases of the day were def Rose & Paige Tico merch 😍😭🙌🏼 #RepresentationMatters #ForceFriday pic.twitter.com/XpTxff40ub

MISSION ACCOMPLISHED 😍✨😭🙌🏻 Rose and Paige Tico are mine!! #FORCEFRIDAYII pic.twitter.com/PgEpxPVFCg

asian women front and centre in major sci-fi film???? i’m going to sob my eyes out this december https://t.co/dAPX8YFQmt

Lastly, please come give yourself life with these perfect photos of Kelly Marie Tran with her Rose Tico merchandise. I have fangirled pretty hard for Kelly Marie Tran ever since I saw her John Boyega sweatshirt at Star Wars Celebration, but THIS IS ALL FAR TOO MUCH.

THIS IMAGE IS CAUSING ME TO DISPLAY A LOT OF EMOTIONS RIGHT NOW pic.twitter.com/BuVWqssBcc

It’s crucial for people to get to see themselves represented in fiction – yes, even when it’s fiction that’s mass-produced by one of the largest, most calculating corporations in the business. It matters that young Asian girls will get to see themselves as a sci-fi hero on the big screen; hell, it matters that old and middle-aged Asian women, who’ve had to sit through so much garbage from Hollywood, also get to see Rose Tico and her sister Paige fight for the Resistance. And that representation can undeniably make a bigger impact when companies actually put their marketing muscle and merch behind those characters.

And now if you’ll excuse me, I’m off to bury my room in Porg stuffed animals and Rose Tico Funkos.

(Via Twitter; image via screengrab from Star Wars Celebration)