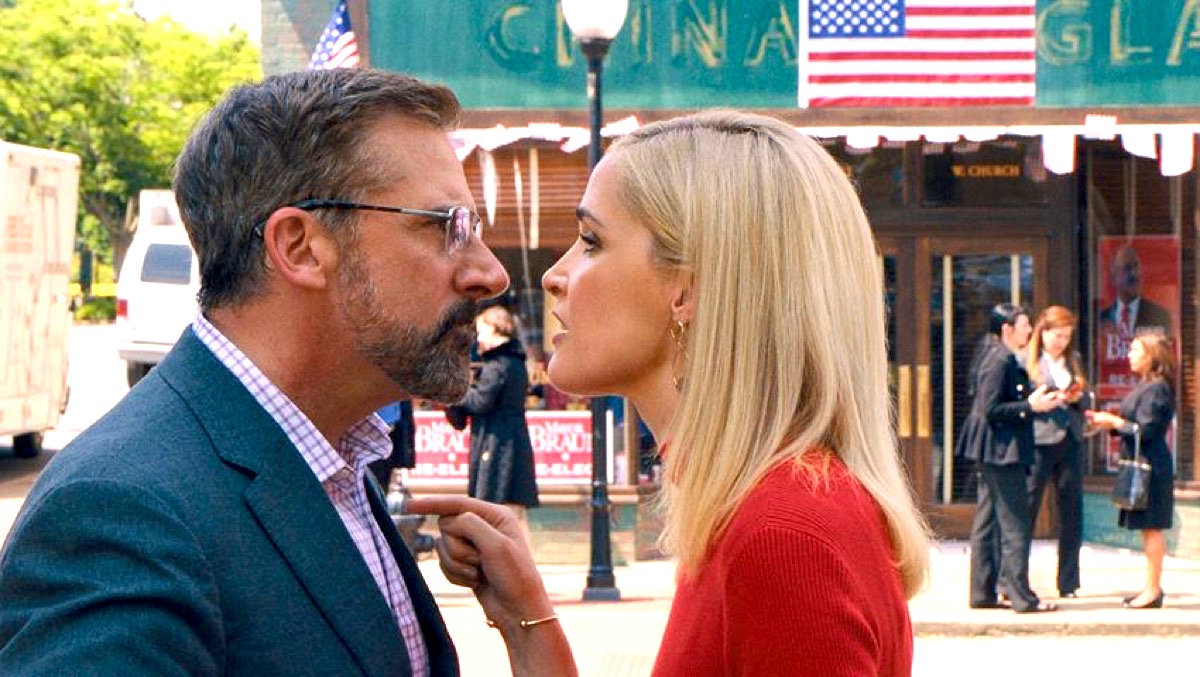 Bringing Faith Brewster to life couldn’t have been easy for Rose Byrne, mainly because Brewster is a fictionalized version of the political animals we see rallying behind these outlandish candidates day in and day out in the real world. But with Jon Stewart’s Irresistible, Byrne helps to bridge the divide between the figures we see on television and their real-life motives.

Talking about the film, Byrne gave insight into her approach as an actor, what drew her to the film in the first place, and her interest in American politics. (She’s from Australia.)

The Mary Sue: You have been bringing incredibly nuanced performances to life recently (especially with Gloria Steinem), and Faith Brewster is a complicated look at women in politics (especially on the Republican side). What drew you to her as a character and how hard was it to bring her to life while making her real and not completely outrageous?

Rose Byrne: I’ve long been a fan of Jon Stewart and I’ve always loved the genre of examining the media in film and television. Faith is a true political animal. I looked at the iconic documentary “The War Room” by D.A. Pennebaker and lots of footage of Fox News pundits. Jon was incredibly collaborative in trying to create an authentic character in a very unauthentic setting.

TMS: From Damages to Bridesmaids to Mrs. America and now this, you’ve had a career of interesting characters that are never really anything alike. As an actress, is that important for you to look for while getting ready to do your next project, or has it just been something you’ve aimed to bring to the table with your acting and creating these characters?

Byrne: I am so fortunate to have had the opportunity to play many different characters over the years. Having said that, there have been plenty of jobs I’ve fought for over the years that didn’t come my way. You mourn those characters and move on.

TMS: Your comedic timing is something that has often shocked audiences. What do you think it is about your ability to bring to life both these characters who are deemed “serious” versus more comedic and outrageous roles?

Byrne: Comedy and Drama come from the same place, except with comedy, on top of the drama, you have to get a laugh. It’s from the same wellspring.

TMS: The cast of Irresistible is filled with so many legends and up-and-coming artists. What excited you about working with this cast and crew and telling the story from Faith’s perspective?

Byrne: I’ve had a long-standing acting crush on Steve. We really didn’t have much prep time before filming, and it was very much a trust process where we had to jump right into it with everything we had. Jon is a comedic genius. It was so fun to play such a political beast who loves getting blood on her hands and lives for the game.

TMS: The messaging of this movie hits hard with our current state of politics, with no one really knowing where the lies are coming from or who is telling the truth. Do you think it helps to have movies like Irresistible out there to give us this aspect of politics in a more understandable way?

Byrne: Being from Australia, I’ve always been so fascinated by American politics. It’s such a different animal. While filming, I found myself constantly asking questions, trying to educate myself, read, and talking with Jon to really understand in order to fine tune it all. Having also recently done “Mrs. America,” I have gotten such an insider’s look on both modern day politics and the politics that have led the country to where it is today. I am still continuing to educate myself on certain aspects of it all.

TMS: What do you hope that Irresistible leaves audiences with now in this time of unrest?

You can watch Irresistible on demand now!