Rose Buddies Take On The Bachelor Franchise | The Mary Sue 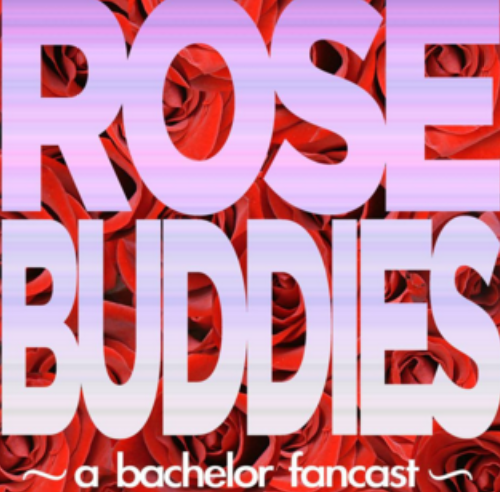 Griffin McElroy is part of the renowned McElroy brothers podcast producing machine, known for their modern advice show, My Brother, My Brother and Me (abbreviated to MBMBAM, pronounced mabimbam), as well as many others, including The Adventure Zone, their D&D show. Rachel McElroy works in grants, previously at the United Way, now for Austin Community College. Together, they’re the hilarious spouse duo that recently began the podcast Rose Buddies, wherein they recap, obsess over, and critique ABC’s The Bachelor franchise.

They’ll have their erudite analysis ready for you the morning after new episodes of The Bachelor, or The Bachelorette, or Bachelor in Paradise or of whatever other hellspawn is birthed from this franchise’s fertile womb.

Rose Buddies is probably not the podcast ABC would want featured. And it is exactly the show I have been waiting my entire Bachelor Franchise journey for.

Griffin and Rachel McElroy love the Bachelor shows and love to tear them down. Though there are a lot of Bachelor recaps readily available online, the perfect cocktail of love/disdain/analysis/silliness is why I show up for Rose Buddies every week. And probably why I get more excited about the Rose Buddies episode than the actual show at this point. 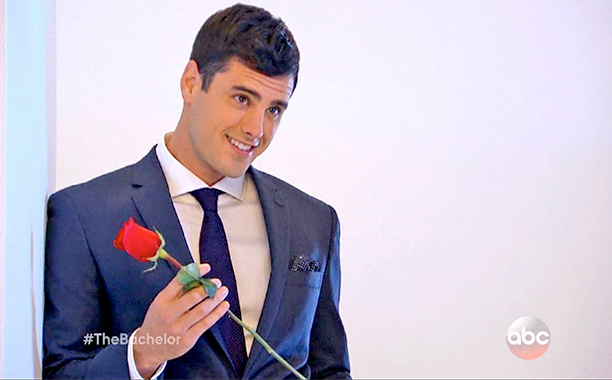 Every week, our hosts unpack the horrible moments on the latest Bachelor episode. They’re savvy about how producers and camerapeople might be making contestants look, and they call out the sexism, racism, girl hate, etc.

For example, there was a lot of “drama” (read as: jealousy and racism) this season directed at a Black contestant named Jubilee. When Bachelor Ben Higgins and Jubilee went on their first solo date, he said to her at one point: “I ain’t that white.” It was maybe one of the most painful moments in Bachelor History, and Griffin and Rachel called him out on it.

Later in the episode, many of the other women contestants gang up on Jubilee, trying to start arguments. Rose Buddies sees this situation for what it is: “They are so righteous in their condemnation of her, that they want to force a confrontation… Jubilee immediately knows what’s up, and knows she doesn’t have to do anything, which is rare on this show. I feel like a lot times people get bullied into these big confrontations.”

But they’re not just watching and commenting on the show — they’re also playing it.

Griffin and Rachel have a big group of friends who get together and watch The Bachelor, while playing a competitive Bachelor fantasy-football-eqsue draft with a show specific points system. (Which you can find here.) You pick contestants, and then you get points added or taken away based on their actions each episode. Normal date moves will get you points, like kissing or talking about family, and then more franchise-specific plays, like saying “Can I steal you away?,” getting in a hot tub, and “exploiting your child’s existence for personal gain.” Points are taken away for being sent home, in various scenarios.

The running jokes on Rose Buddies actually affect how I view The Bachelor every week. One of my favorites is that Ben H. isn’t falling for any of the women, but is in love with the abstract concept of “sports.”

You don’t have to watch the Bachelor shows to enjoy Rose Buddies — many people, in fact, do not. But if you already watch the shows, perhaps you will no longer feel isolated in a world where everyone, rightfully, dislikes this franchise. And that’s the other cool part about Rose Buddies — there’s a new community gathering in the form of a great Facebook group, where you can post Bachelor-related entertainment, discuss fan theories, and weigh in on your favorites. And make merciless fun of the show as well, all with the relief in the understanding that these are the fans you’ve been looking for: those who understand why you watch, and understand why you think critically about it, too.

The final of this season of The Bachelor is tonight — but don’t worry, Rose Buddies will be back for The Bachelorette and Bachelor in Paradise this summer. In the mean time, they’ll still be fancasting regularly, instead watching episodes of reality dating series’ past.

So go get into it –you can listen to the first Rose Buddies episode here.