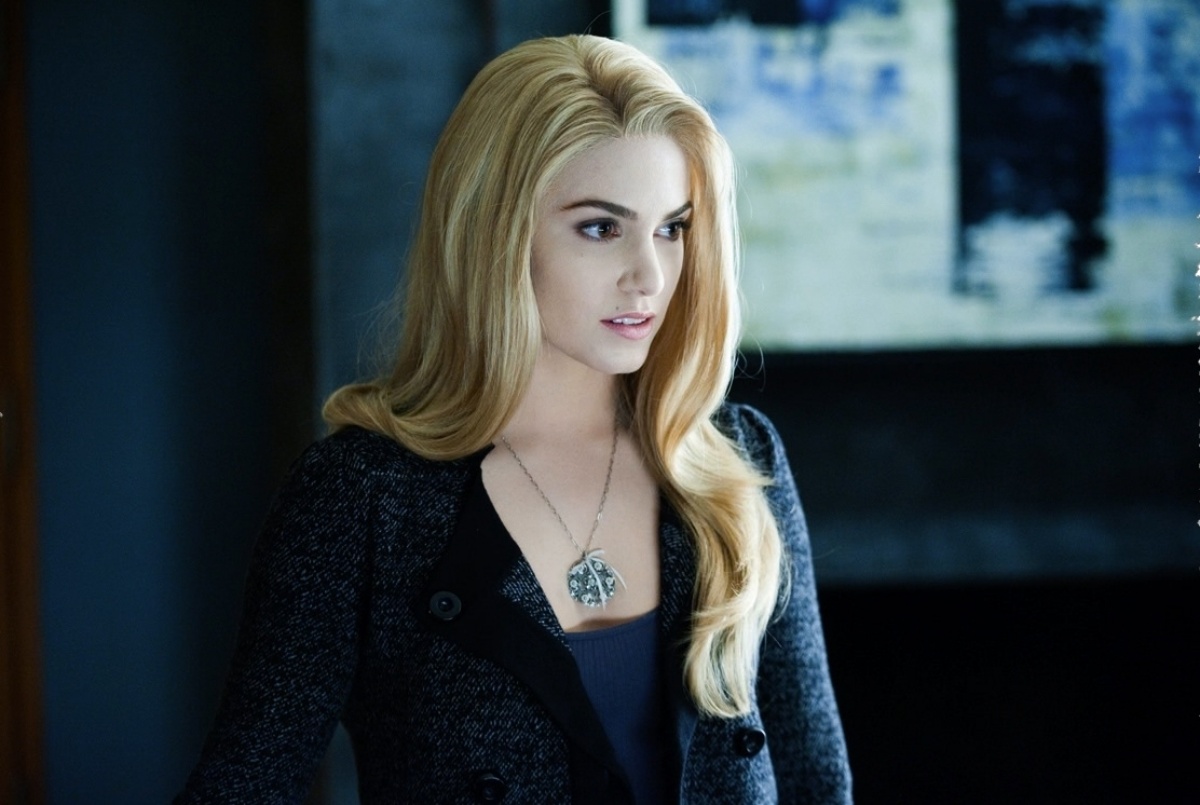 Twilight is back in the public discourse with the release of Midnight Sun, the retelling of the story from Edward Cullen’s perspective, which was long-awaited for some diehards. As people are re-discussing the books, the only thing I want to talk about is Rosalie Hale and how underserved she was in the series.

Rosalie Hale has always been my favorite character in the Twilight saga, along with Leah Clearwater, because it is through those two characters that you can really see, in a lot of ways, what love, femininity, and what it means to be a “woman” are in the eyes of author Stephenie Meyer.

Throughout the series, Rosalie is the character who serves as the most dramatic foil to Bella. Blonde, exceptionally beautiful, tall, and in her human life, part of a wealthy New York family. When we find out her full backstory in Eclipse, she describes herself as shallow, vain, and self-centered.

She was engaged to a rich, handsome man, who, while he was drunk, raped her, along with her friends, beat her, and left her for dead. That was how she was found by Carlisle Cullen, the leader of the Cullen vampire family. She was changed into a vampire and got revenge by torturing and killing her rapists.

Throughout the series, despite Rosalie being happily married with no interest in Edward, is jealous of Bella and Edward’s attraction to her. She is also jealous of Bella’s humanity because being a vampire keeps her from having the one thing she’s ever really wanted: children.

Twilight is one of those series that is difficult to talk about because there are so many issues that come together. On the one hand, you have the way things that are loved and enjoyed by women, and especially young girls, get raked over the coals by media. At the same time, the series is filled with sexist and racist tropes that are hard to ignore.

Rosalie’s backstory is painfully clichéd (and considering she is one of many female vampires in fiction who long for a family, this is your annual reminder that women who can’t have biological children can still have children). It doesn’t help that she is painted as an aggressive rival to Bella in a conflict centered around their beauty and perceived attraction to men.

All that being said, Rosalie Hale is one of the best characters in the series to me because she dares to have a personality. This is a woman who went through sexual trauma, took back her power in her own way, and found love on her own terms. She has degrees in electrical engineering, business, and astrophysics.

Yet, she is written to be plagued by her biological inability to carry children. In a series that values superficial beauty, she is chided for being shallow. Her actual flaws, like the racist-coded insults toward Jacob and the other werewolves, are just treated as vampire vs. werewolf aggression.

In the illustrated Twilight guide, there is a quote from Stephenie Meyer that says, “There are characters that I have to work a bit harder, and sort of get down to their motivations. A few of them—Rosalie, for example—were difficult. It took me a while to figure out what her thing was.”

If there is something interesting in Midnight Sun, for me, it would be using Edward’s perspective to see more of Rosalie—how she ticks, her motivations—to see if, in the time since the publication, Meyer has allowed Rosalie to be more than just a beautiful mean girl.