Rooney Mara to Star in Vox Lux, a Pop Star’s Journey With a Sia Soundtrack 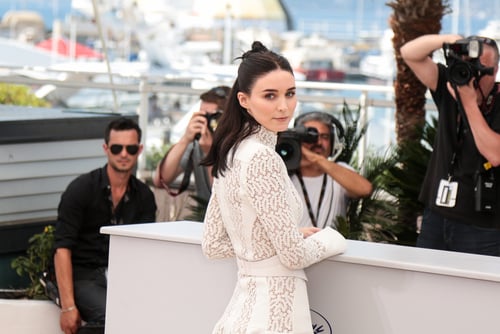 I loved Paul Thomas Anderson’s 1999 film Magnolia, in large part because of the soundtrack, which was made up entirely of songs by singer-songwriter Aimee Mann. The single-artist soundtrack did so much to give the film its unique voice, and I still can’t hear the song “Wise Up” without thinking about this montage. Now, Rooney Mara is set to star in a film about a pop star, with a soundtrack by Sia. This is gonna be good.

Rooney Mara has been cast to play the lead in a film by Brady Corbet (The Childhood of a Leader) called Vox Lux, which takes place over fifteen years and tracks the journey of a young woman named Celeste who rises from the ashes of a national tragedy to become a pop superstar. As Collider notes, “The story begins in 1999, so one assumes 9/11 will play a role in the film, but the idea is to track the important cultural evolutions over the last decade and a half through the eyes of a pop star.”

You can’t have a film about a pop star without some great music, and that will be provided by the incomparable and prolific Sia, who will be providing entirely original music for the film. Given that her music videos are already powerful short films unto themselves, and her songs have already underscored some lovely moments in television and film, I can’t wait to see how her music is incorporated into a full narrative.

Meanwhile, Mara doesn’t exactly scream “pop star” to me, considering her previous choices of acting roles. However, she is extremely talented, and I’m intrigued by the chance to see a different side of her.

While this is a film written and directed by a young man, it’s a female-centric story with strong female voices in Mara and Sia. I’m definitely curious to see how this turns out.