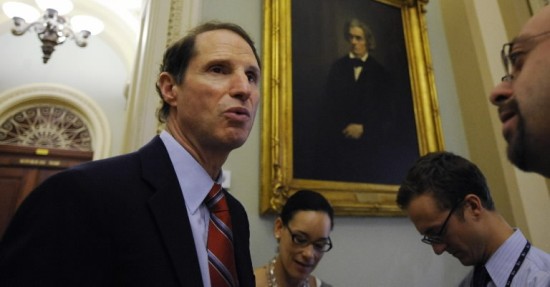 The Combating Online Infringement and Counterfeits Act passed unanimously through the Senate Judiciary Committee this Thursday, but fortunately didn’t get much further. Oregonian Senator Ron Wyden exercised his power to place a hold on pending legislation to stop the bill from traveling to the senate floor, saying that

Deploying this statute to combat online copyright infringement seems almost like using a bunker-busting cluster bomb, when what you need is a precision-guided missile.

His hold will prevent the bill passing out of committee this year; proponents of the bill will have to wait until the next time Congress convenes, and then try to reintroduce the measure.

If passed, the bill would allow the US Attorney General to seek judicial permission to order the shut down of any infringing domain name, where “infringing” means allowing access to anything that they don’t have the rights to.  But wait, it gets better!  If the site is not located in the US, it would also allow the USAG to get permission to tell ISPs, financial service providers, and advertisers to stop providing service to that domain.  And, it would create two lists: one of sites that the AG has ordered taken down, which ISPs, financial services, and advertisers would be required to boycott; and one of sites that the AG has alleged are infringing, the boycotting of which would earn ISPs, financial services, and advertisers immunity from prosecution under the bill.

Regardless of your personal stance on files sharing, if you are a user of the internet, you should be able to see that this bill set an alarming precedent for the way our government responds to civil disputes in the online realm.  It also makes no effort to allow otherwise infringing sites to distribute data that does not infringe.  Could the bill, for example, allow the AG to shut down YouTube because users upload copyrighted content?  Not to mention the potential use of the AG’s new powers for political reasons.

We certainly hope Senator Wyden’s gambit turns out to be successful.

(via The Raw Story.)