A date that does, unfortunately, exist. 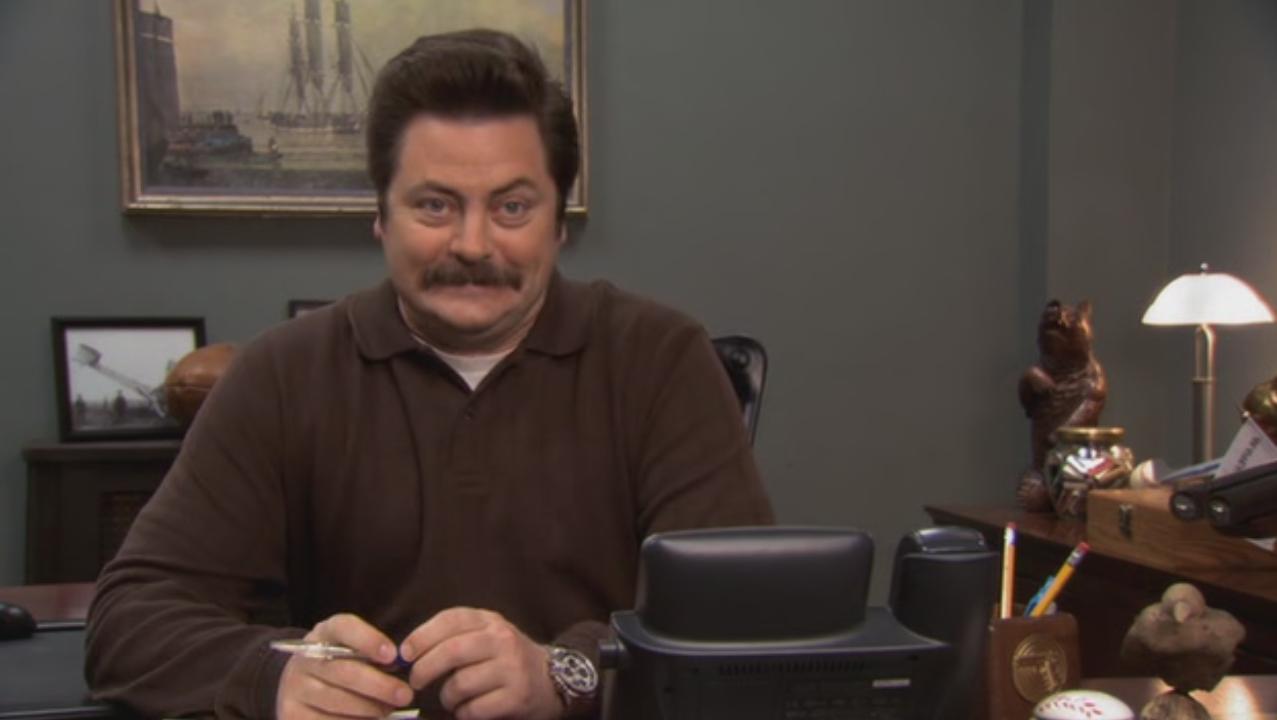 Parks and Recreation has an episode or a joke for nearly every occasion. I’m not even kidding; there’s something for Leap Day, for getting high because of surgery and losing a key, and even something if you want to send your extremely cute boyfriend to Washington so he can follow his dreams. And, of course, there is something for March 31st, an otherwise pretty regular day.

Ron Swanson hates meetings. He’d probably love the idea of social distancing because he wouldn’t have to talk to anyone face to face, and he would definitely not join in on your Zoom meetings. But when April Ludgate, as his assistant, gave people the runaround for him by scheduling meetings for a “fake” date, she happened to make the biggest mistake of them all: She thought that March 31st didn’t exist.

When asked why Ron Swanson was getting bombarded, April easily explained the situation.

Ron, unfortunately, had to let April know that March 31st definitely does exist.

But, right now, we’re all stuck inside. Social distancing and self-quarantine keeps us away from our offices and away from people, probably a dream for Ron Swanson, except that we just now have to do everything from our own homes—another nightmare for Ron. Imagine him having to sit in his home and video chat people. He’d probably go sit in front of a tree just so they can’t see where he lives.

Zoom vs. Ron Swanson is a show I would watch, though.

Imagine having 94 meetings today, in this year.

So. many. Zoom links.

Today is a holiday—at least for me, a Parks and Recreation super fan. So, in honor of March 31st and Ron Swanson, we no longer have meetings ever! Yayaya, thanks Ron! (Just kidding, we all still have to do meetings, just while trapped in our own homes).