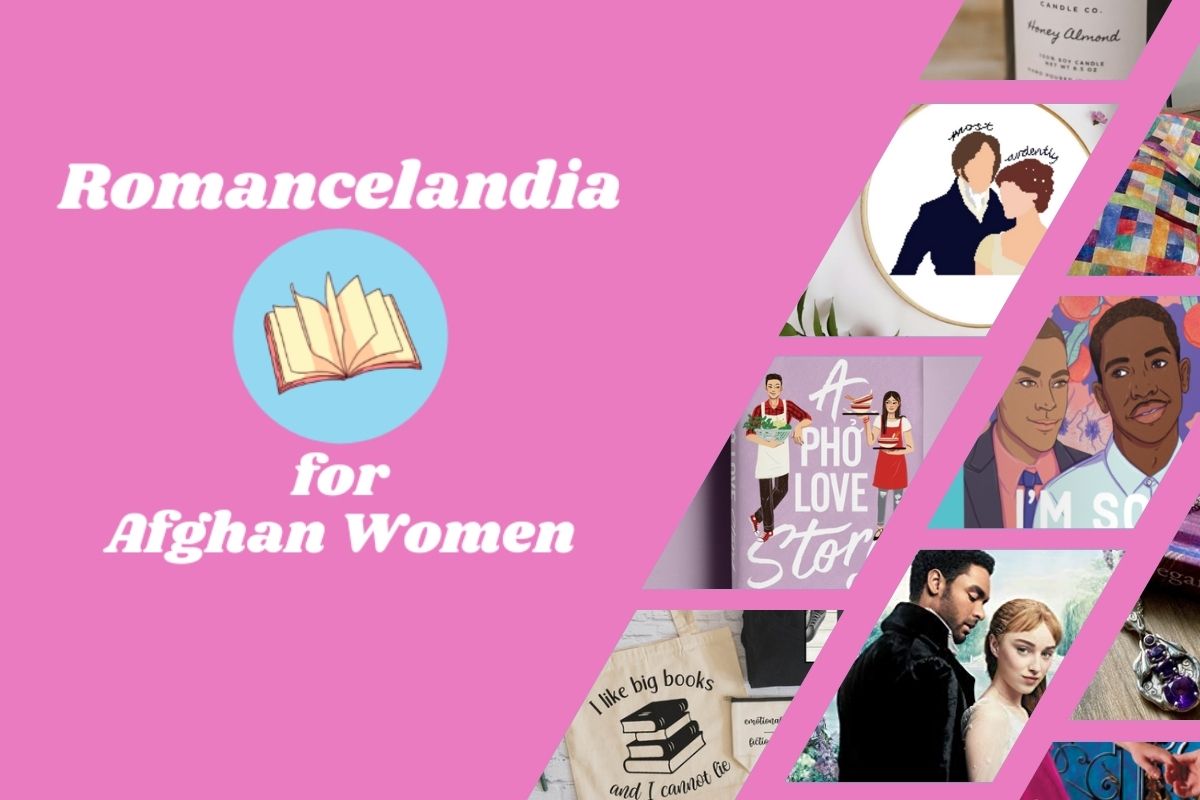 After the horrific images and information coming out of Afghanistan upon the Taliban taking over Kabul, authors N.S. Perkins and Mazey Eddings began to organize Romancelandia for Afghan Women. The 10-day auction and fundraiser accumulates in a large donation to Women for Afghan Women (WFAW).

WFAW is the largest organization in Afghanistan that advocates for women and girls and is largely run by (top to bottom) Afghan women. This is clear in their various boards, but the staff is not available for public viewing at the moment. This could be to protect their identity, since the now-ruling Taliban is known for its inhumane treatment of women.

N.S. Perkins suggested the WFAW to Eddings because of their grassroots support and their successful long-term strategies.

“This crisis is impacting every person in Afghanistan right now, not just women, but there’s also a nuanced level of uncertainty for women and how their rights will be impacted, and we wanted to honor and support them as best we could,” Eddings told me via email.

The prizes gathered for the auction vary widely and every reader or author will find something they like. If you are neither of those, there are still items in there for you or for a gift for a loved one.

“For the writers, many literary agents, editors, and established authors donated manuscript critiques or help with query letters (which is a crucial piece for getting a literary agent). We also have some website and book cover design packages available.”

Eddings continued, “For the readers, I lost count of how many amazing signed books are up for grabs, some even being annotated for the winner. There’s also tons of advanced reader copies (ARCs) up for grabs too. Outside of that, we’ve received generous donations for things like gift cards, quilts, crafts, candles, podcast guest spots… honestly, the creativity of some of the offerings has been endless.

“There’s also amazing events like the Latinxrom Happy Hour zoom chat with Alexis Daria, Mia Sosa, Priscilla Oliveras, Adriana Herrera, Sabrina Sol, Angelina M. Lopez, and Natalie Caña,” said Eddings. “-which has so much romance writer royalty I think I would faint away on the spot if I were to witness that video chat.”

Several #LatinxRom authors (me included!) have joined together to offer a 45 minute Zoom happy hour chat to discuss romance, publishing, your favorite novela; all the things! Be ready to make a bid when the auction goes LIVE! #RomanceforAfghanWomen https://t.co/F2u9cEdpwn pic.twitter.com/uyp6kUxxQF

Eddings added, “One thing I’m also super excited about is our raffle items. For a set price ranging from $1-7, you can buy raffle tickets for an item and the winners will be randomly selected. I know auctions can often be financially exclusionary for people, so I wanted to make sure we had cost effective items that could still generate money to be donated, allowing for everyone to join in on the excitement and joy of raising money for this incredible cause.”

!Regarding the raffle items!
It will say “10,000” available for purchase: this is the amount of raffle TICKETS available, not products. Raffle ticket sales are final and a winner will be randomly selected
☺️ we apologize for any confusion! https://t.co/5mGM5Q4YTz

Eddings and Perkins both expressed excitement over the donations and buzz.

“It feels so good to know that Romancelandia ALWAYS shows up for events like this one,” Perkins told me via Twitter DM. “Donations came in so fast, it was overwhelming in the best kind of way. I’m still shocked at how many huge donations we got. I love this community so much and it just shows how generous and kind the romance world is!”

Eddings and Perkins were inspired by the Romancing the Runoff event hosted by Courtney Milan, Alyssa Cole, and Kit Rocha a year ago. Raising almost half a million dollars for the 2020 Georgia runoffs, the proceeds raised went to Fair Fight, the New Georgia Project, and Black Voters Matter. They themselves were inspired by romance writer and political powerhouse Stacey Abrams’ work (including founding Fair Fight).

“Seeing the magnitude and impact of that was one of the most inspiring things I’ve seen, and I felt incredibly humbled to be a member of the romance community and see what can happen when readers that believe so strongly in HEA(Happily Ever After)’s come together,” said Eddings.

Romancelandia is just one of many writing communities speaking up about the events unfolding in Afghanistan right now. Authors, publishing houses, and organizations have all called attention to the need to help refugees and the people unable to leave.

TAKE ACTION NOW: Write to your members of Congress and ask that they urge the Biden administration to protect writers and human rights defenders in Afghanistan now. https://t.co/ABlRjShbd1

This fundraiser isn’t the only event happening in Romancelandia this weekend and into next week. Some of the contributors to this fundraiser also donated items/services to Romance for Haiti. Organized by author Adriana Herrera, the event seeks to raised money for three organizations aiding Haitians after the 7.2 magnitude earthquake that struck Haiti. That fundraiser will take place Saturday, August 28 to Friday, September 3. Many items/services are already available to preview.

While both charities allow for bidding, only Romancelandia for Afghan Women also has a raffle system set up. The organizers ask those that want to donate should do so directly to WFAW.

Also, check out this breakdown of what happened in Afghanistan that weekend and ways to help.