With Bridgerton's Success, Adapt These Romance Series by WoC | The Mary Sue

With Bridgerton’s Success, These Romance Series by WoC Should Be Adapted 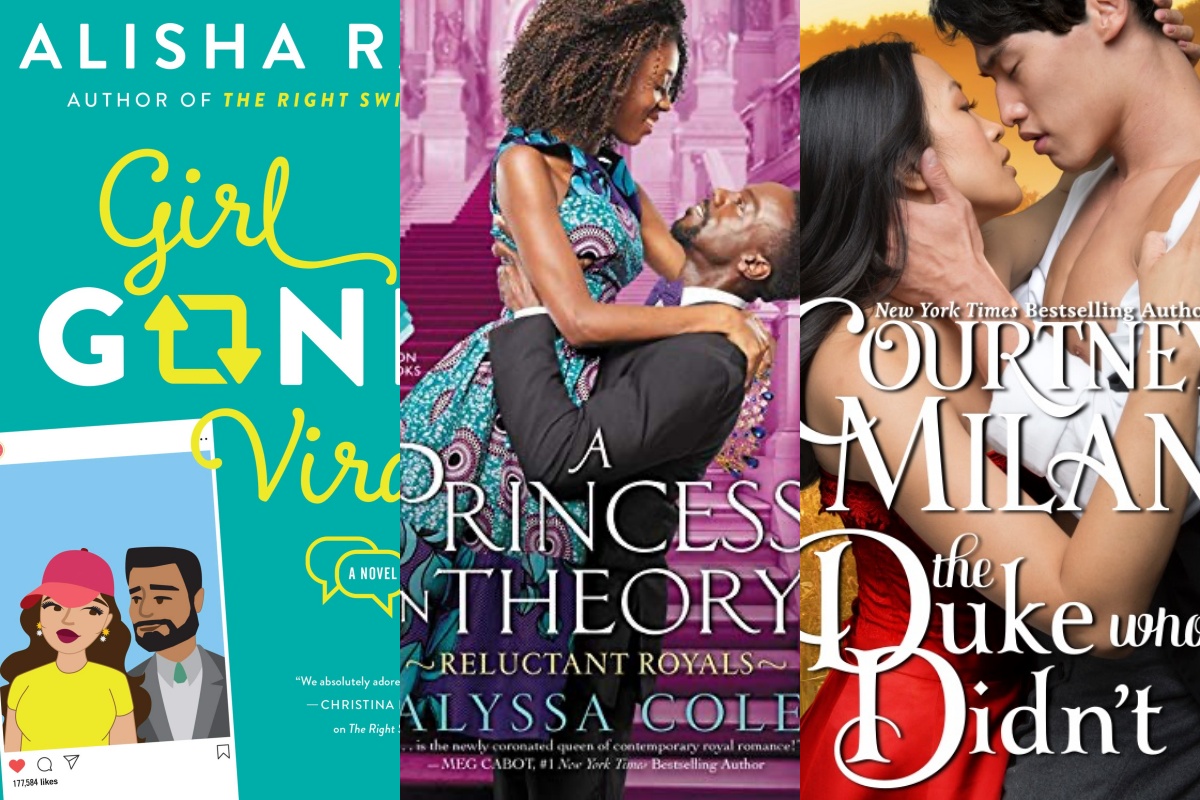 Bridgerton has been a major success for Netflix (despite its rather notable faults) and has reminded people that there is a reason romance is one of the most successful and lasting genres in publishing. Despite the diversity present in the adaptation, the Bridgerton book series does not feature any racial or ethnic diversity, and Julia Quinn is not an author of color herself. So, if other streaming places are looking to replicate the success of Bridgerton, the first place to look should be authors of color who have been working on writing diverse romance novels in both modern and historical settings.

In this contemporary three-book series by thee Alyssa Cole, she tells the stories of reluctant royals who find love in surprising places. The first book A Princess in Theory is about Prince Thabiso, the sole heir to the throne of Thesolo, and Naledi Smith, a former foster child who finds out (via email) that she is betrothed to royalty. What could happen? Book two is my favorite in the trilogy because, say it with me, older Duke who is Scottish and makes swords. This series would be fun, and with three books, that gives Netflix its favorite: three seasons.

At this point, Talia Hibbert is probably best known for her Brown sisters series, but the Ravenswood books are my favorites by her. Featuring steamy sex scenes, women who (gasp) are still sexually desirable in their forties, and neuro-atypical heroines, Hibbert takes the small-town delights of something like Sweet Magnolias and makes it even steamier. With no royals or period clothing, it can also have a small budget and focus on good scripts and amazing casting. Imagine that.

Alisha Rai has plenty of series under her belt, but her recent Modern Love series tackles love in the digital era and all of the complications that exist therein. The first title is about two rival dating app creators who end up realizing that they are quite compatible when it comes to sexy times—a perfect premise for a movie.

Beverly Jenkins is a legend, and countless works from her are ripe for adaptation. The Destiny series is of particular attraction to me because it takes place in the American West, a period that has been totally whitewashed by the American Westerns. Despite the Black, Mexican, and Native American cowboys and peoples that have existed, you do not see them often in fiction, and when they do exist, a lack of nuance is common in favor of stereotype. With the Destiny series, we get the stories of the Yates brothers, Black ranch owners, and the 19th-century women who capture their hearts.

5. The Rajes by Sonali Dev

Sonali Dev series The Rajes is about an immigrant Indian family descended from royalty, who have built their lives in San Francisco. Each book plays on a Jane Austen title (Pride, Prejudice, and Other Flavors; Recipe for Persuasion; and Incense and Sensibility), and that is already a lot of fun, but it also has a lot of room to tackle other issues. In the first book, the love interest is half-Indian and half-Black, which is a pairing you don’t see a lot of in media and would be interesting to tackle issues like colorism in other non-Black POC communities—plus, food porn possibilities.

Courtney Milan has written so many fantastic works, but the first book in her Wedgeford Trials series “The Duke Who Didn’t” stands out. Childhood love returns, a no-nonsense heroine, and a charming Duke who makes her smile. Thank you, I want more of it. Plus, two Asian leads being gorgeous and happy together. I want it, and we deserve it.

The Mary Sue May earn an affiliate commission on products purchased through links.