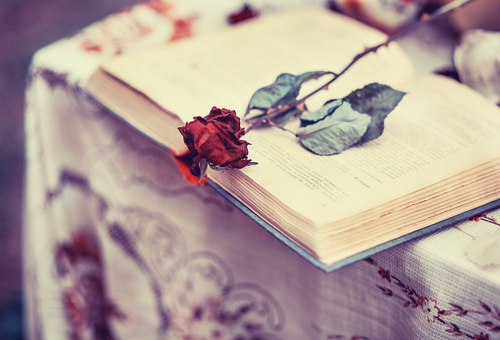 What does it mean when people say romance novels are “just love stories”? Love is not “just” anything. It’s the best thing we’ve got on Earth. Acts done in love balance out the effects of greed and fear.

It’s time to dispense with these misconceptions and to see romance fiction for what it is: a vital and thriving literary form almost entirely produced by and for women. I’ve read romance novels in which the prose is so beautiful that I have trembled, and in which the plot is so intricate that I’m breathless. In a great romance novel, sexual intimacy is one of the many forms of communication between the protagonists. Scenes of sexual intimacy might well be physically arousing, but no more so than scenes of intense love are emotionally arousing or scenes of witty banter are intellectually arousing. In most romance novels the hero falls in love not with the heroine’s lips, breasts, or legs but with her intelligence, courage, and strength. Often the heroine saves not only herself but also everybody else, compromising nothing — not her dignity, self-respect, or sexuality. These novels offer a model of empowerment and fulfillment for readers.

I can’t claim that all romance fiction is feminist. It’s not. There are romances in which the hero rapes the heroine but in the end all is forgiven because she has taught him how to access his emotions. This makes my skin crawl. Rape-and-forgive isn’t the only troubling trope: romances with heroines of vastly lesser social or economic status than the hero—a governess and a duke, a college student and a billionaire—are common. And there are hyper-alpha heroes, portrayed as so masculine that even if a heroine disagrees with him or actively dislikes him, nevertheless when he touches her she gets all hot and submissive because she just can’t help herself.

The popularity of these tropes is perhaps understandable. The fantasy scenario isn’t unlike that in thrillers: if the protagonist is smart and determined enough, it doesn’t matter that he’s the little guy because in the end he’ll bring down the big guy. In the fantasy of the romance novel, an extraordinary woman will undo even the most authoritarian man by making him experience his emotions and acknowledge them. With love she tames the alpha and brings him to his knees.

These stories can trouble me. I don’t believe it is a woman’s responsibility to make a man into a fully functioning human being. I don’t believe it’s her role to teach him how to feel. I prefer men who show up already fully capable of love. Captivating a man who really could fall in love with other women is a sexier and ultimately more satisfying win.

The persistence of problematic gender representations in fiction is a mirror of our society. But today’s romance novelists are fighting back. We write feminist heroines. We write heroines who like sex and who claim their power within a system still dominated by men because there’s no other option except to seize it.

Finally, to those who criticize romance novels as unrealistic, I point to the Marvel Universe, in which men and women fly—literally. Calling romance novels unrealistic is simply a coded way of saying “Women don’t know the difference between reality and fantasy.” All genre fiction is fantasy: in a thriller the little guy gets the big bad CEO, in a mystery the sleuth solves the crime, in science fiction the hero saves the world. Women aren’t any more gullible than men. Saying romance novels defy reality is just another way of saying that women’s expectations of what a relationship should be—full of mutual respect, emotional sharing, and sexual pleasure—are unreasonable.

I wrote an activist heroine fighting for women’s rights in early nineteenth-century England, who mistrusts notions of femininity, masculinity, and love that reduce people to caricatures. In her words:

If a man is dangerous it is not because he is a beast; rather the opposite. A man is all the beauty and majesty and complicated essence of an angel, powerful and protective and furious and compassionate and wise. He is equally as foolish and confused and fallible and a slave to the basest carnal desires as Adam was in Paradise. He is magnificent. He is real. To speak of a man as though he is the prize at the end of a hunt is to make him into an object to acquire, stuff full of sawdust, and hang on the wall like a stag’s head. I have spent years fighting against that very notion of women. How on earth could considering a man in that same light be acceptable?

The struggle to destroy negative misconceptions of romance fiction parallels the struggle to make equality of the sexes real in our world. And that deserves respect.

Katharine Ashe is a professor of History who writes historical romance novels featuring strong heroines and the men who love them. Find her at KatharineAshe.com.