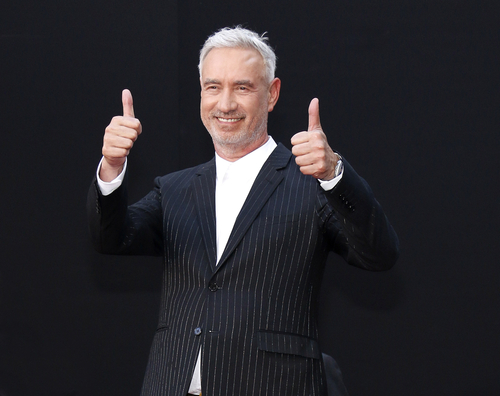 In an interview with The Guardian earlier this week, director Roland Emmerich provided some revealing insight into his filmmaking ethos, and had an infuriating response to criticism of Stonewall.

Emmerich, whose Independence Day sequel Independence Day: Resurgence comes out this week, told The Guardian that his ambition was always to make proudly commercial sci-fi epics: “I’m a big believer in original ideas. I tell this to every kid who comes to me and says they want to be a film-maker: I say: ‘Do what you want to do and don’t let yourself be talked into anything.’ In my case, it was making big science fiction films with big special effects. Right from the beginning, I was dreaming about that. My love was George Lucas, Steven Spielberg, Martin Scorsese, Coppola. I was like the black sheep of everybody. In film school it was like…‘That guy wants to make commercial films.’”

Despite being a staunch advocate of the value of commercial films, Emmerich did put his foot down during the interview with regards to superhero movies: “When you look at my movies it’s always the regular Joe Schmo that’s the unlikely hero. A lot of Marvel movies, they show people in funny suits running around. I don’t like people in capes. I find it silly when someone dons a superhero suit and flies. I don’t understand it. I grew up in Germany, that’s probably why.”

Listen, if you’ve made movies about Will Smith decking aliens, or Godzilla laying babies in Madison Square Garden, or, you know, if you’re responsible for 2012, you do not have a leg to stand on in calling superhero movies ‘silly.’ The cape criticism is sound, Emmerich and Edna Mode have a point there, but people who live in silly houses shouldn’t throw stones.

Emmerich moved on from there to defending his 2015 movie Stonewall, which was boycotted and roundly criticized for whitewashing the Stonewall riots. The movie gave white cis men credit for the seminal protests and erased the contributions of trans women and people of color, but Emmerich apparently still sees nothing wrong with that: “My movie was exactly what they said it wasn’t. It was politically correct. It had black, transgender people in there. We just got killed by one voice on the internet who saw a trailer and said, this is whitewashing Stonewall. Stonewall was a white event, let’s be honest. But nobody wanted to hear that any more.”

“Stonewall was a white event, let’s be honest.” Good grief! As Teresa wrote when Stonewall came out, Emmerich’s insistence on whitewashing and ciswashing history is a reminder that being LGBTQIA yourself doesn’t immunize you from being ignorant.

Emmerich went on in the interview to say he’d gladly cast a gay or trans lead character in one of his upcoming movies, and that Independence Day: Resurgence actually features a gay couple. Although that potential representation sounds exciting (in the same way that a movie about the Stonewall riots sounded exciting on paper), I won’t get my hopes up too much given the way Stonewall turned out.

I appreciate that Emmerich wants to represent the LGBTQIA community in movies, and that he believes those stories can also be commercially viable. I really do. But in his desire to make commercially viable films that appeal to a ‘universal’ audience, marginalized communities who desperately deserve representation in those stories are getting buried.