Roland Emmerich and Stonewall: Being LGBTQ+ Does Not Immunize Against Ignorance 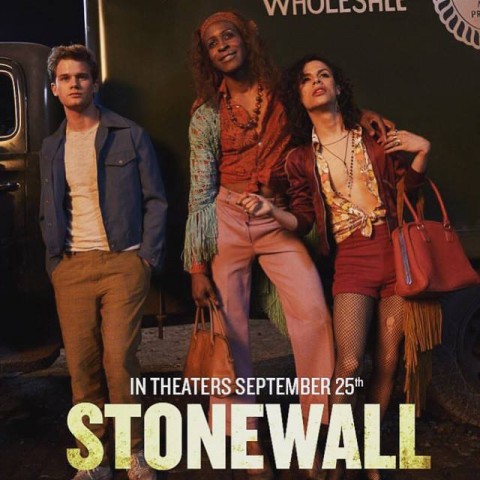 It turns out that you don’t have to see Stonewall this weekend to have negative feelings about it – you can just keep listening to director Roland Emmerich talk about it.

In a recent interview with Buzzfeed, Stonewall director Roland Emmerich had some pretty puzzling (and frankly, clueless) rationalizations for a lot of the criticism that’s been aimed at the film.

On making the film “universal”:

You have to understand one thing: I didn’t make this movie only for gay people, I made it also for straight people. I kind of found out, in the testing process, that actually, for straight people, [Danny] is a very easy in. Danny’s very straight-acting. He gets mistreated because of that. [Straight audiences] can feel for him.

On putting “himself” in his film:

As a director you have to put yourself in your movies, and I’m white and gay.

On the street hustlers in the film “learning” from the protagonist, Danny:

They learned something from Danny — that you can make it, that you can study, you can maybe have a more regular life. I also don’t have the feeling at the end that they are so much on the streets anymore.

It is mind-boggling that Emmerich genuinely thinks that any of this is okay. That it’s more important to ingratiate himself to an intolerant straight audience than it is to honor the truth of the events that have allowed him to have the freedoms he enjoys. Also, does he genuinely think that in 2015, no movie-going straight people could identify with someone who’s not “straight-acting” or white? Or is Emmerich merely revealing his own cisgender biases and projecting them onto a hypothetical audience, using “straight audiences” as an excuse?

I can’t believe that, as an experienced filmmaker, he doesn’t understand that the more specific and honest you make an experience, the more universal it becomes. “Generic” does not equal “universal” when it comes to storytelling. What’s more, he’s telling the story of a historical event. Literally “putting himself” in the film shouldn’t even be a priority, and even if it is, “yourself” doesn’t have to be the lead!

The last quote from the interview is the most disturbing of all. Even as he denies the film’s central love story catering to a White Savior trope, he says that a takeaway from the film is that they “learned” from Danny about having a “regular life.” What? Because white, “straight-acting” privilege has nothing to do with the fact that Danny can have this regular life? So, they can all just do what he does and have the same level of success, right? God, how clueless do you have to be about your own history and subject matter, not to mention the very real privilege Emmerich currently enjoys and the issues that current LGBTQ+ folks who don’t have that privilege face?

It goes to show that just because one is a member of a marginalized group doesn’t mean they have all the answers about how to represent that group. What’s more, it goes to show that the letters L-G-B-T-Q-I-A-etc can be very, very different despite their being constantly lumped together.

(via email tipster and IndieWire)