A movie featuring a female lead and an Asian co-star is the most anticipated film of 2016? Hell yeah. 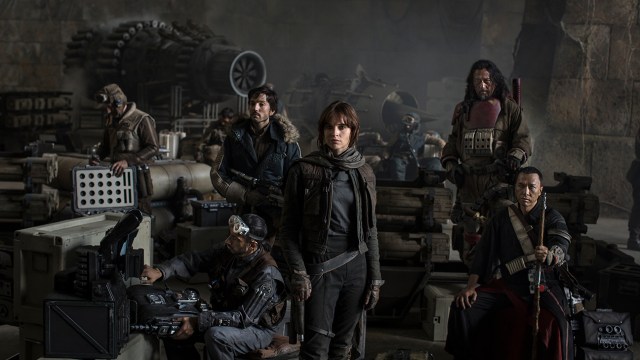 Fandango recently released the results of a survey asking moviegoers which movie they’re most excited for in 2016. Given The Force Awakens‘ incredible reception, it should come as no surprise that Rogue One: A Star Wars Story came in first in that survey, followed by Finding Dory and Batman v Superman: Dawn of Justice.

It’s nice to see that two movies featuring female lead characters top a list of most highly anticipated films for this year. As you may already know, Rogue One features Felicity Jones as the leader of a group who set out to steal the first Death Star plans. The movie takes place before the events of A New Hope, so technically this is a prequel, but early reports indicate that this movie won’t intersect too much with the plot of ANH.

It’s also interesting to point out that starring alongside Jones is Donnie Yen, an Asian actor who’ll also be starring in Crouching Tiger, Hidden Dragon: Sword of Destiny, the sequel to the beautiful martial arts movie set to premiere on Netflix.

So the most anticipated film of 2016 (according to Fandango survey takers and moviegoers) has a female lead and an Asian co-star? Oh hell yes.