Rogue One Reactions Are In, and It’s “Donald Trump’s Worst Nightmare” 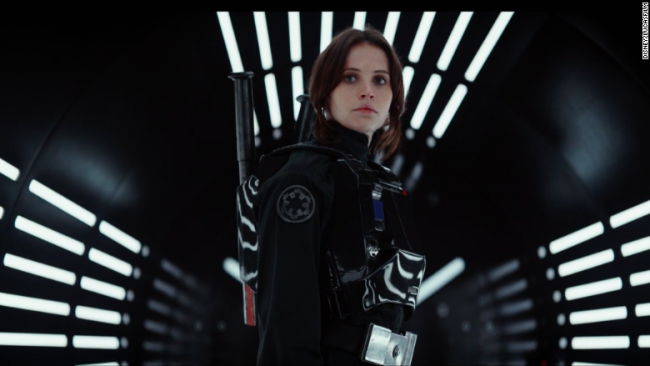 The first reactions to Rogue One: A Star Wars Story have arrived, and they’re super enthusiastic. Full reviews from the December 11 premiere in Los Angeles are embargoed until December 13, but initial reactions on Twitter are full of exclamation points, emojis and all-caps.

Holy crap did I love Rogue One. It’s gonna take days to wipe the smile off my face. So many surprises and so much fun. Get excited.

Oh my God I loved #RogueOne so much!!

More seriously, #RogueOne was well executed and Star Wars down to its bones. I loved it.

The movie also drew comparisons to The Empire Strikes Back and The Force Awakens.

The last time I loved a Star Wars movie as much as I loved #RogueOne, it was 1977.

Holy Sith! @RogueOneMovie is unbelievably wonderful! No lie: it is #EmpireStrikesBack great! An excellent chapter in the @starwars Universe! pic.twitter.com/Lb0vQ06ifh

All I will say for now is that I enjoyed #RogueOne more than #TheForceAwakens. For what that’s worth… #StarWars

Many users also posted about the political message of Rogue One, from the inspiration offered in the rebel speeches to the diversity of its cast.

ROGUE ONE=@RealDonaldTrump‘s worst nightmare: empowered women, blacks, Hispanics, Asians, disabled & list goes on. May the force be with us!

I expected it to be funny. I didn’t expect to be choked up. Moments of true bravery, and some speeches we need right now. #RogueOne

Perfect Felicity Jones an action heroine I would follow into space battle any day, in a film full of great hero turns #rogueone

Other users found it more of a mixed bag, but still praised its visuals.

ROGUE ONE: The plotting and objectives are needlessly murky, but the look of this thing is *ravishing*. Drop the “why” and embrace the “wow”

Admittedly, the audience at a premiere is usually predisposed to like the film, but these reactions have me feeling optimistic for Rogue One.

(via /Film and The Hollywood Reporter, image via Lucasfilm)
Want more stories like this? Become a subscriber and support the site!