Roger Stone Was Convicted of Everything | The Mary Sue

Roger Stone Was Convicted of Everything 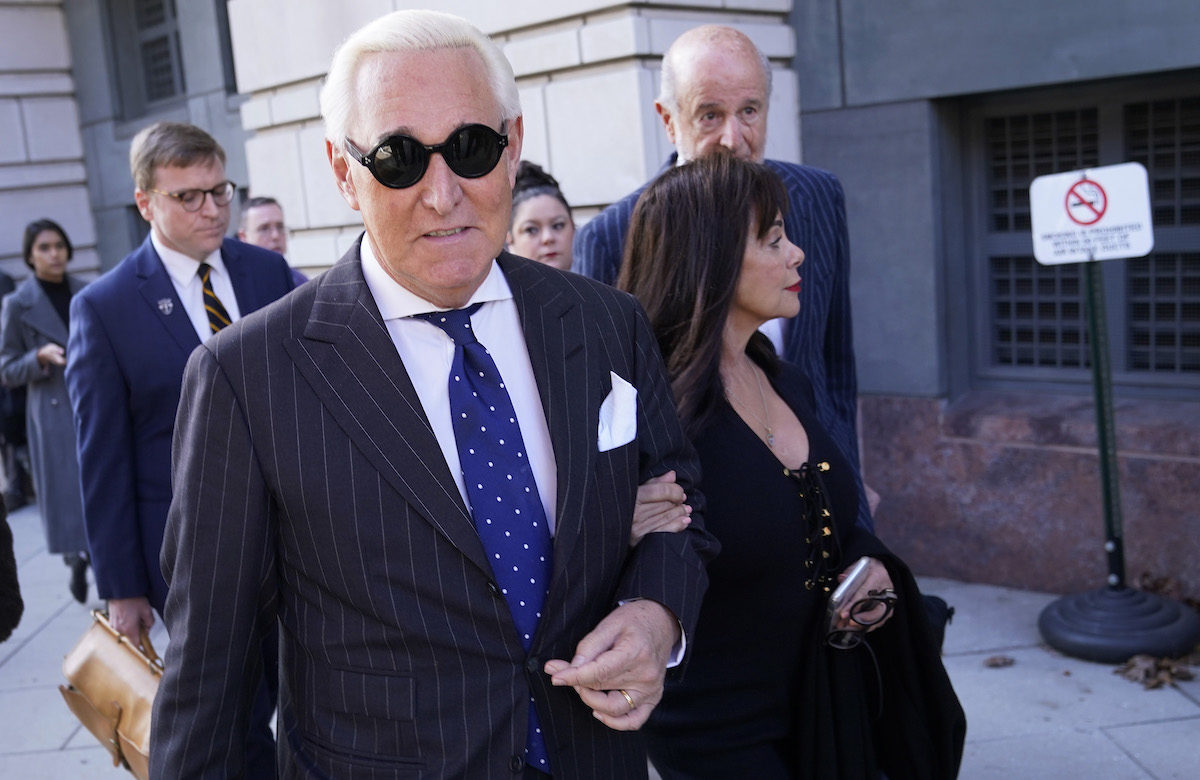 On their second day of deliberations, a federal jury has convicted Roger Stone on all seven counts of lying to Congress and witness tampering.

OH MY GOD. Roger Stone has been found guilty on …. everything. pic.twitter.com/CNjjpvjjmo

As a reminder, Stone was on trial for lying to Congress and thereby obstructing an investigation into Russia’s interference in the 2016 election. He was charged with attempting to hide evidence and interfere with other witness’ testimony. The charges carry a combined prison sentence of up to 50 years.

Roger Stone, who exhibits a dedication to round-the-clock cartoon villain cosplay and has a tattoo of Richard Nixon’s face on his back, was a major player in Trump’s election. Because, as we know, Trump only surrounds himself with the very best people.

There was a time when Trump’s campaign was basically just The Donald, Roger Stone, Michael Cohen, and Sam Nunberg. Two of those men have now been convicted. If you’d like a small window into that time check out this story. https://t.co/WKBKfWpyMY

All in prison. All related to Trump’s campaign.

But sure, it’s the Dems who were corrupt.

In addition to his actual crimes, Stone was notorious for being absolutely horrible to female journalists and other women in media and political spheres. So there’s quite a bit of celebrating going on today.

Worth noting that Roger Stone tried to bully, intimidate, gaslight, and demean just about every young female reporter he encountered. This went on and on, while so many men in media treated him as a lovable scamp.

Roger Stone is going to prison. Many of y’all don’t know how much he tormented @donnabrazile and @ananavarro.

They are both strong AF. Today is justice for them and so many more.

Karma is a bitch.

And I’m pretty sure, she’s a woman of color. https://t.co/meXn9wHre7

Stone has been out on bail during his trial, but he’s been under a gag order that prohibits him from talking about the case or using social media–something he’s had trouble abiding by. He’s actually resorted to using InfoWars’ Alex Jones to send messages, including a public appeal to Trump to pardon him, which Jones relayed on his radio show Thursday.

Jones said on-air that Stone told him, “Alex, barring a miracle, I appeal to God and I appeal to your listeners for prayer, and I appeal to the president to pardon me because to do so would be an action that would show these corrupt courts that they’re not going to get away with persecuting people for their free speech or for the crime of getting the president elected.”

We’ll have to wait and see whether Trump does choose to pardon Stone, but in the meantime, he’s going his usual route of tweeting attacks at Democrats his other perceived opponents.

….A double standard like never seen before in the history of our Country?

I mean, if you’re going to ask a question, you should be prepared for people to answer it.

They don’t commit perjury or witness tampering. That’s why. https://t.co/HyXdjzvTwi

Well, this one is easy.

Roger Stone is a criminal and everyone else you named isn’t.