Ebert: Games Are Not Art | The Mary Sue 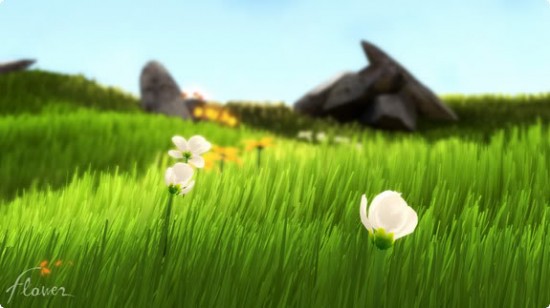 Roger Ebert has mentioned his opinion on video games before, but, as he says “I have declined all opportunities to enlarge upon it or defend it.”  That has changed, now that the movie critic has published his response to Kellee Santiago‘s “Games Are Art” TED talk here, on the Chicago Sun-Times website.

I found that Ebert spent most of his time refuting her arguments point by point, and did not build a compelling argument of his own.  While I could go through his essay point by point refuting arguments, I was hoping to keep my blood pressure to a manageable level now that the Great Kick-Ass Hype Tsunami of 2010 has finally come to a close, and besides that, I’ve always found that refuting someone in great detail without presenting a better founded argument of your own to be a little bankrupt of purpose.

Ebert concedes that playing with the definition of art allows a person to frame the “X is art” argument any way they like, but a few paragraphs later says that a game must have “rules, points, objectives, and an outcome” and must be something that you can win, effectively playing the “You say X is art?  I say X is not a game” game.

Santiago mentions three games-as-art examples in detail (experimental game Waco Resurrection,  Braid, and Flower).  Ebert dismisses each one based on brief videos of gameplay and her words describing them. Roger Ebert is a sophisticated consumer of media, an intellectual, and a critical thinker, and so I feel embarrassed to have to point this out: watching some gameplay footage and having someone explain the game’s basic concept to you is not a substitute for the experience of playing the game.

I’m pretty sure Roger Ebert would never pass judgment on a song or a painting if he had only heard someone describe it; and he would never review a movie based on reading a few pages of the novelization.  I wish he could have the same attitude towards games.

As a general rule, I feel that people who maintain that games will never be art are taking a very shortsighted view of history, both in looking forwards and looking backwards.  There was a time when people in this country rounded up comic books and burned them in huge bonfires because they thought that they lead to juvenile delinquency and would keep children from learning to read.  As Santiago points out in her talk, there was also a time when movies where seen the same way.  Going back even further, this is also the attitude that upstanding middle class parents in Europe of the 1800’s had towards the advent of novelized fiction.  That’s right.  They thought that reading books would keep their young daughters from becoming educated women.

Given the cycles that other firmly established art media have gone through, I feel that saying that a medium less than two generations old is not art is a defensibly precarious stance, especially if you do not clearly lay out your own first hand experience with the medium.  Ebert does soften his stance slightly in the essay, though it is still one I would disagree with, by saying:  “no video gamer now living will survive long enough to experience the medium as an art form.”

In Conclusion, the TL;DR Version

Roger Ebert has already formed his opinion, and will allow no personal experience or new data to alter it.  If he doesn’t want want to try any green eggs and ham, fine, but it would be nice if he would stop telling everyone else that it tastes bad.

Ebert’s essay can be found here.  Santiago’s TED talk is embedded below.