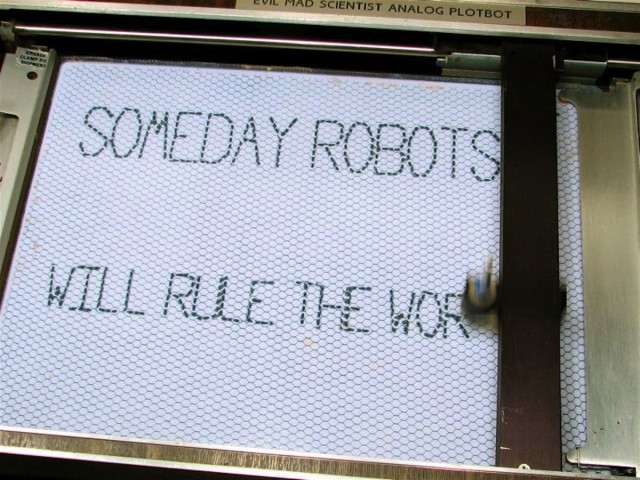 Fujitsu and Japan’s National Institute for Informatics are working on an “artificial brain” project, which has a simple goal: create a robot that can pass the University of Tokyo (Todai)’s entrance exam. It seems robots aren’t coming for your job; they’re coming for your college degree, which meets the same goal more efficiently. Classic robot.

Don’t panic. The research teams don’t expect the robot brain to be able to score above the level required to gain admission until 2021, so we’re safe for now—unless it somehow becomes sentient and has other plans. The fruit of Fujitsu and NII’s labors has just taken a practice exam administered by Yoyogi Seminar prep school this year, not because it’s also coming after your scholarships, but as a way to gauge its progress towards eventually passing the university entrance exam.

It was only able to solve two of four math questions in humanities and two of six math questions in science, so it’s good that the robot brain still has a few years before it’s expected to pass the college exam. As long as it’s not scoring poorly on purpose to lull us into a false sense of security, we should be fine.

What do Fujitsu and NII expect to come of this project, aside from all of us feeling dumb when a robot does better on a college entrance exam than we would? For AI, the benefit is the ability to understand a complex mathematical problem presented in human language and then solve it. Sure, a calculator can already solve all the problems on the exam if a human inputs the formulae and data correctly, but AI that can translate a complex idea expressed in language into an equation that a computer problem-solver can understand would be a huge step forward.

In taking the practice exams so far, the robot has needed human help to understand some of the problems. If the project succeeds, however, the robot will be able to understand complex word problems all on its own. Then, yeah, it’s totally coming for your job if you do some kind of complex data analysis. Maybe take up a hobby.

(via Fujitsu, image via Windell Oskay)