Wow Do I Hate This Tom Holland/Robert Downey Jr. Back to the Future Deepfake 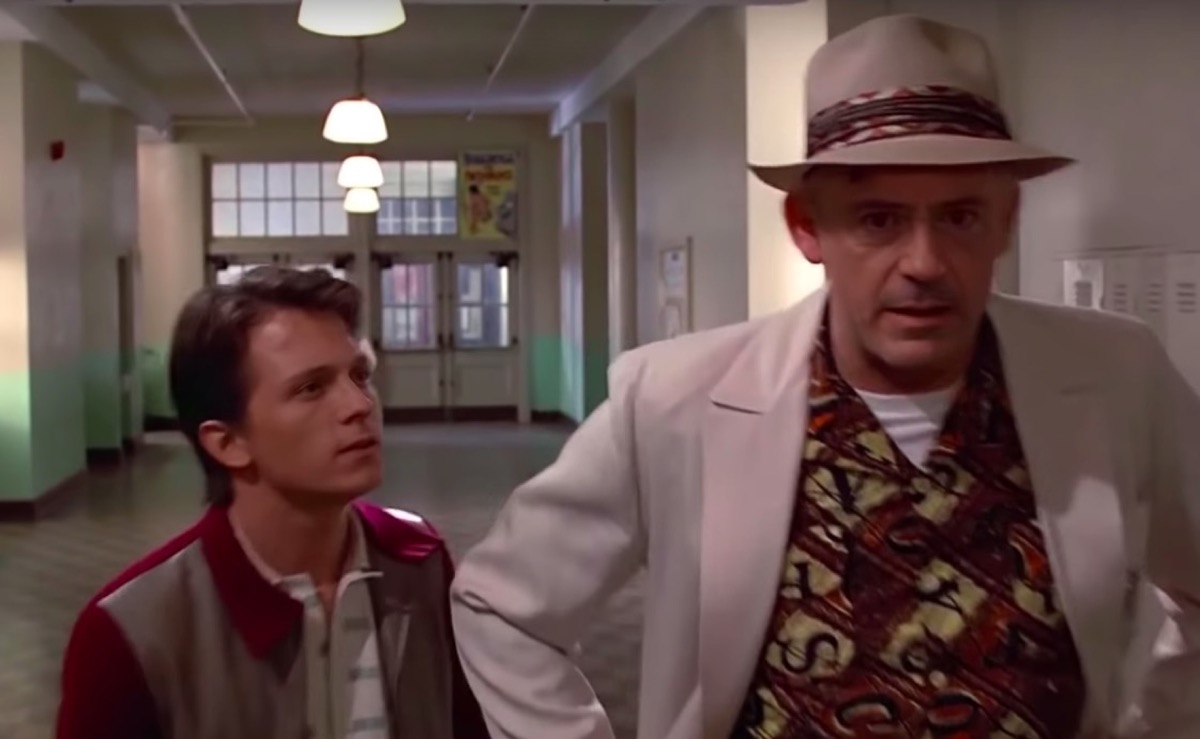 I get it. I’m a fan of Robert Downey Jr. and Tom Holland, so people tend to send me a lot of things on the internet that involve them. Like, I know that Robert Downey Jr. went to a performance of one of my favorite shows in Los Angeles (Listen to The Last Ship! It’s great!), but sometimes, I receive tips that send a chill down my spine and stay with me all weekend long, haunting me and making me fear for my life. That’s what this deepfake video of Downey and Holland in Back to the Future did to me.

Let me explain: Deepfake technology is a terrifying advancement that allows those using it to easily create fake video footage of someone else, which means that we can make a very realistic video of Robert Downey Jr. with the voice of Christopher Lloyd.

But this technology is so real to me (so much so that I really have to wonder why we don’t just use this instead of that creepy de-aging CGI) and thus my fear is rooted in the fact that I believe it even though I know that is not what either of these men sounds like. I’m just afraid!

I do hope that writing this up stops people from sending me this video though. It’s been sent my way three separate times already, and each time I scream, “Oh god why?!” and feel like I’m going to break at any moment. So please, stop terrifying me with this image of Robert Downey Jr. with Christopher Lloyd’s ears. I’m afraid of it!!!!

Will this video haunt my dreams for the rest of my life? Yes, but it did also inspire the desire within me for more Holland/Downey team-ups. Maybe I should just go watch Spider-Man: Homecoming on repeat, but if we’re going to ever touch Back to the Future (we should not), I’d at least take this casting for the fun—and so that this video would hopefully fade into the recess of my mind and only emerge when it haunts my dreams.