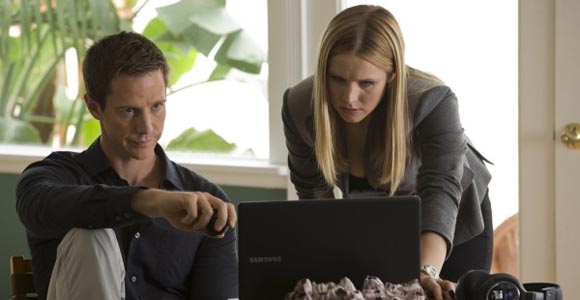 A long time ago, we used to be friends. And I’ve thought about you a lot lately, Veronica Mars. Whatcha been up to, lady?

Veronica Mars went off the air in 2007 but thanks to a tremendously successful Kickstarter campaign, we’ll get to see where most of the characters are in 2014. Collider spoke with creator Rob Thomas during their set visit last year and got a few tidbits of note.

We do learn in the first scene of the movie that Keith was indicted, he lost the election. He probably can’t be a cop again because of what Veronica had done. And she hasn’t worked a case since then, so it actually greatly affected her life. There is very much a, “Just when I think I’m out, they pull me back in” nature to the storyline of the movie. She is on the verge of starting her full fledged adult life, and then she gets this call to go back to Neptune and be a detective again.

Thomas also mentions Veronica has graduated from Columbia Law School and is job hunting. But how will she adjust back to detectiving?

She’s certainly rusty. It’s something that she tried to put in her rear view mirror. Something that she didn’t feel was healthy for her, and I think she carries around a bit of guilt for what she ended up doing to her dad. She’s asked why she hasn’t done it anymore, and she said it destroyed friendships and ended relationships and because of what she did, her dad won’t be able to be a cop again. So, yeah, I think she has been fueled by that for the intermediate years.

Personally, I still wish the film picked up where that possible-future scenario picked up, with Veronica working at the FBI. But there’s no reason that still can’t happen. I am just so excited this movie is even happening.