INTERVIEW: Rob Huebel Talks Spontaneous and the Unintended Timeliness of the Dark Comedy 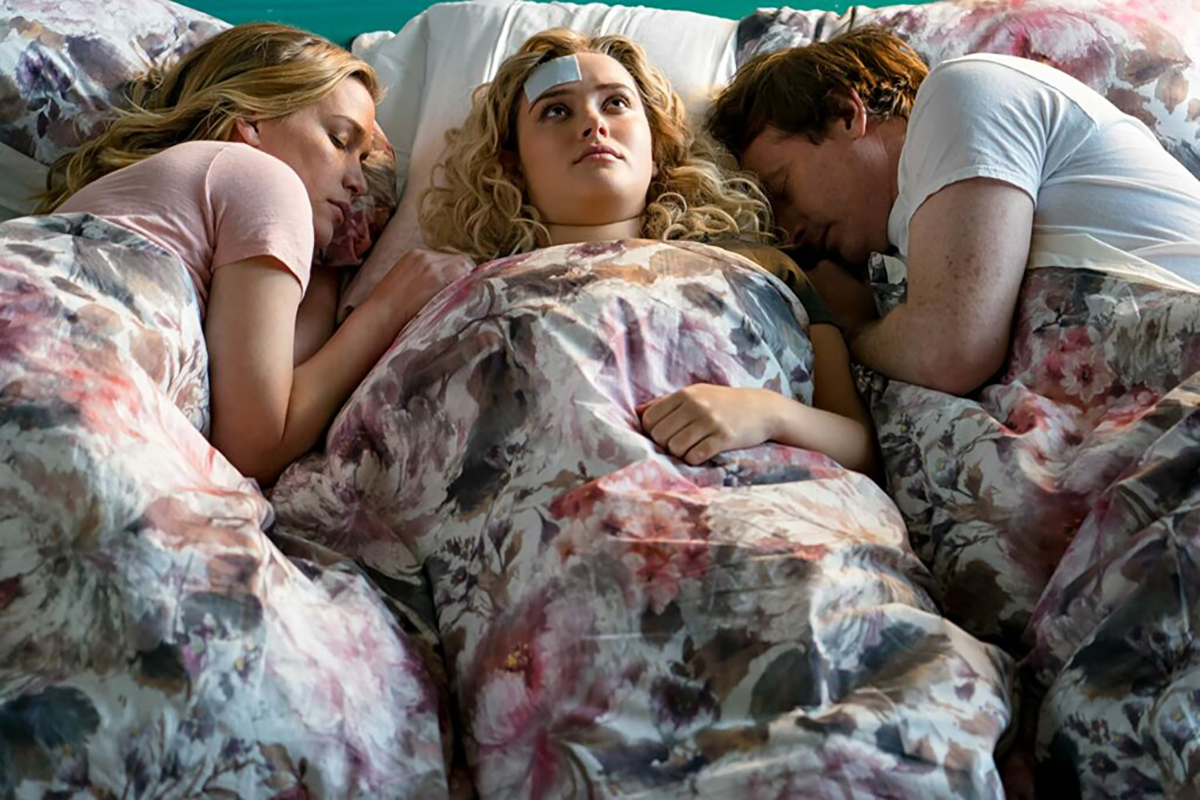 Spontaneous is not the kind of movie you’d think would have a lot of heart and a deep message to it, but you’d be wrong. Based on the novel by Aaron Starmer, it’s the story of high school students coping with the idea of losing their lives at random without even knowing that it’s coming. Seriously, they live with the very real fear of randomly combusting without any kind of preamble.

For some reason, that’s a fear that I remember having growing up. I think I heard about supposed spontaneous human combustion and then I was convinced it would happen to me in some capacity. But it is very much a childish fear that often leaves us until we stop and think about movies like Spontaneous. Talking with actor Rob Huebel, it’s clear that the movie itself meant a lot to him as a performer as well as someone … well, existing in 2020.

THE MARY SUE: This movie is really interesting because, for some reason, a lot of movies are oddly timely right now. And I wanted to know what it was like back when you filmed this movie and how it feels now seeing how it fits in with 2020 and how our world has progressed.

ROB HUEBEL: Yeah, well, what you don’t know is that we made a time machine. We were able to travel forward and—I can tell you who wins the election but I don’t want to ruin it for you. But obviously, you know how movies are made and we shot this a long time ago, maybe a couple of years ago I think, and at the time, it just seemed to me like this super funny, insane, dark comedy and I wanted to be a part of it just because I wanted to see how they were going to f**king do this. It just seemed impossible.

I was like “What, the high school kids are exploding? But it’s also this sweet love story? There’s no way they could pull this off.” You know,  I loved the script and I loved Katherine and Piper and all the people that were doing but I just wanted to see how the f**k they were going to do this and low and behold Brian, the director, pulled it off.

So yeah, I just can’t say enough about him. Someone has to be buying that guy a beer right now in a socially distant way, of course. He’s either got a time machine or he’s the luckiest director in the world because all the specifics of this movie seemed so timely and so relevant and it’s almost hard to believe that it’s an accident. It seems like he must have traveled through time.

But super cool to be a part of it and I’m really excited about it because I feel like this is going to be one of those cult movies that people are like “oh my god have you heard about this movie?” and then like…it feels like you have to see this movie right away. Especially with the end of it, like “I want to watch that f**king movie before the election”.

THE MARY SUE: Yeah and like yes, it’s a dark comedy, but it also gave me so much anxiety until the credits began to roll because I don’t trust that anyone is safe.

ROB HUEBEL: I know I felt the same way a little bit and I was in the movie. But I think it’s that fun ride where, like I think there have been some TV shows like Law & Order and shit like that, where like everything is ripped from the headlines in a weird way to make things relevant. And this, to me, doesn’t feel like that at all. It feels sort of familiar and like a metaphor for what we’re dealing with, you know? Especially for college kids or high school kids, it just felt like a really fun ride. It almost reminded me of that movie…do you know that movie Heathers?

ROB HUEBEL: Yeah so like super dark and crazy but this ends up being this really life-affirming story by the end of it. So I thought it was such a cool manipulating to sort of hook people with all this gore and darkness and spin it into this beautiful little love story and ends on a really happy, kickass note I thought.

THE MARY SUE: What’s interesting to me about this movie is that it is one that you have to kind of watch more than once. Like, I finished the movie and instantly started to realize that there were so many other layers to it because I was so stuck on it being timely and that it was a disease and they were trying to figure out what was causing it and stop it and quarantining these kids together. So then I got to the end and realized I missed all these layers because we’re focused on the kids, but then with the parents, it is a different kind of pain that you get to explore in those brief little moments. Especially with your character and how he is trying to deal with his daughter without trying to insert himself in it in a way …

ROB HUEBEL: The movie is, I think, strangely profound. It starts off this one sort of dark, kind of f**ked up ride, and then it becomes this other sort of metaphor and ends up being really profound. I think you’re right, I think you do have to watch it a couple of times. And yeah, the dad part for me was pretty relevant too. We had just had a baby, our first baby, then and our baby was born very premature and she’s a girl so all of that was very fresh to me when we were shooting this.

So it was just very easy to apply that to any of those sort of scenes with Katherine, you know thinking about my real life and my real daughter and how fragile all of that is and how, I mean it sounds dumb, but how fragile life is. Without getting too profound about all this but doing that part was a really special time in my life to be able to bring that into the movie.

THE MARY SUE: Yeah and I also do think it’s really interesting because I’ve recently gone through and rewatched a lot of my favorite comedies and then with this it’s like, for some reason, the comedies are the ones who are the most relevant in 2020. And this movie falls into that category for me of the like “oh wow all of these shows from like 10 years ago somehow got things right” and so I know you’re very involved in that realm so I wanted to know, what do you think it is specifically about these sort of dark comedies and comedies in general that kind of touch on society in this profound way.

ROB HUEBEL: That’s a really good point and I think there’s something really special about comedies that you can do things and get away with things that drama can’t, you know what I mean? I think sometimes dramatic movies—it just becomes too much. It becomes overbearing sometimes, especially when you’re living through the shit we’re all living through right now.

So comedy can sort of address things coming in the backdoor a little bit, where you can sort of sneak up on people like “this is a comedy movie and we’re just going to laugh right? Yeah, we’re just going to laugh, it’ll be fun,” like in this movie. Then like … I felt strangely emotional watching this movie and I think I’ve just kinda personally been that way for a while now because of what we’re going through. But I’ll f**king at a paper towel commercial right now.

THE MARY SUE: Yeah, I cried at the Free Guy trailer. I understand.

ROB HUEBEL: So yeah, comedy I think has that power where you can hook people with the comedy, especially with a movie like this where it has that bloody gore and shock to it, which is really fun especially around Halloween, and you can kind of hook people with that. And then Brian nails people right in the emotional core with this uplifting message so yeah. To me, I just think it’s a special movie with a magical combination.

Spontaneous is now available on Premium Video-On-Demand and for Digital purchase.