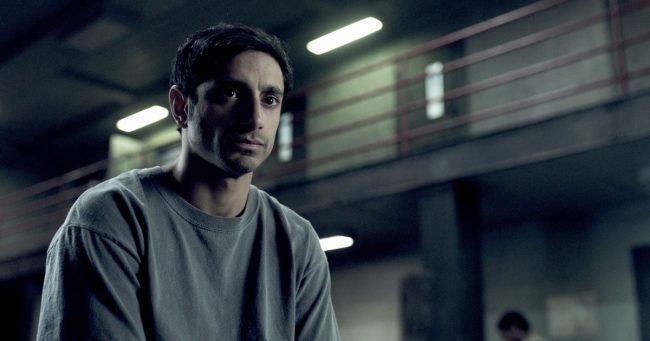 In trying to get some quick posts up last night for Emmy coverage (and, to be honest, placing a little more focus on the ladies, because that is sometimes how I roll), I somehow missed yet another history-making moment at last night’s awards ceremony. Riz Ahmed became the first South Asian man to win an Emmy Award in an acting category.

Ahmed, who is British-Pakistani, won Outstanding Lead Actor in a TV Movie/Limited series for his work on HBO’s The Night Of, becoming the first South Asian man to win an acting Emmy, and only the second South Asian ever to win one after Archie Panjabi won her Emmy for her work on The Good Wife in 2010.

The Night Of tells the story of Nazir Khan, a Pakistani-American college student living New York who uses his father’s cab one night to go to a party. He picks up a young woman named Andrea, and after a night of sex and drugs with her, wakes and finds her stabbed to death. He is eventually charged with her murder. Themes of the injustice within the justice system abound.

So, when Ahmed made his acceptance speech, he spoke to what he hopes the series will accomplish saying, “It’s always strange reaping the rewards of a story that’s based on real world suffering. But if this show has shown a light on some of the prejudice in our society, Islamophobia, some of the injustice in our justice system, then maybe that’s something.”

He also mentioned two organizations that he apparently developed relationships with during the making of The Night Of that you might want to check out, because they do amazing work. The Innocence Project, a non-profit that works to overturn wrongful convictions, and South Asian Youth Action, a Queens, New York-based youth development organization (Nazir lived in Queens) for students in elementary school through college.

Obviously, he was not the only South Asian Muslim who took to the Emmy stage: Aziz Ansari won the Outstanding Writing Emmy for comedy alongside Lena Waithe, and Kumail Nanjiani was on stage as a presenter. As The Daily Beast’s Dean Obeidallah put it:

Two brown Muslimish guys back to back on #EMMY2017 Aziz ansari +Kumail nanjiani. In between a black lesbian won Emmy-Its the best of America

It is indeed. Congratulations Bodhi Rook!